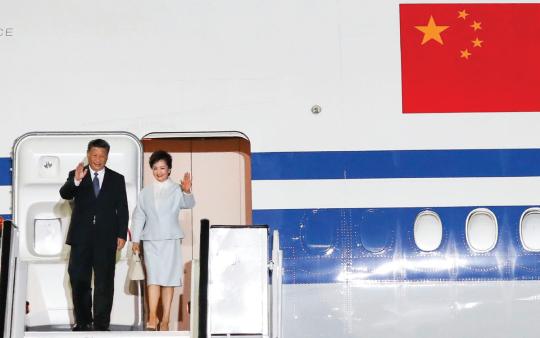 The series carefully selected famous sayings and historical stories from ancient Chinese classics quoted by President Xi in his speeches, articles, and talks. The series opened a window for billions of people around the world to understand how President Xi successfully brought China, the world's largest developing country, into a new era and marched toward the Chinese Dream of realizing the great rejuvenation of the Chinese nation.

Greece participates in the Belt and Road Initiative that was proposed by President Xi in 2013. Local people said that the launch of the Greek version of Xi Jinping's Classical Literary Quoteswill let the Greek people better understand the initiative.

"The Greeks also quote ancient Greek philosophers," Yiannis Adamidis, head of News at Skai TV said, adding that "the Skai Group launched the series on the occasion of President Xi's visit to Greece, hoping to show the true China to the Greek audience".

Meanwhile, another CMG production, a 4K film of China's National Day military parade, was also released at the National and Kapodistrian University of Athens on Friday. it was global premier of the film's Greek version.

The film presents the mega-celebration of the 70th anniversary of the founding of the People's Republic of China. It demonstrates the extraordinary achievements and the spirit of national unity of the open and confident China in the past 70 years.

Konstantinos Grivas, who teaches at the Department of Turkish and Modern Asian Studies at the National and Kapodistrian University of Athens, said China has led the world in many fields, and has become an important country with world influence. "China's military strength is conducive to maintaining world peace," he said after watching the film.

CGTN contributed to this story.