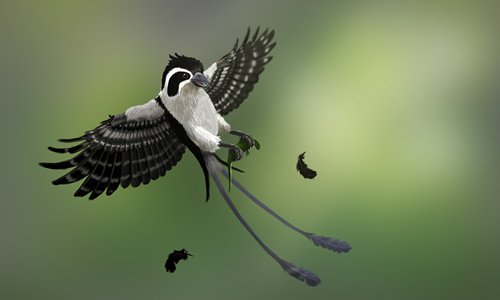 An international team led by Chinese scientists has discovered a new specimen of a tiny raptor in a 100-million-year-old amber from north Myanmar.

The discovery shows the diversity of birds in the dinosaur age and has revealed the evolution of feathers.

The team led by Xing Lida, a paleontologist from China University of Geosciences in Beijing, has discovered a series of ambers that preserve enantiornithine fossils and have enriched people's knowledge of the evolution of ancient birds and enantiornithine, according to a press release Xing sent to the Global Times.

Fossils remains discovered this time preserved some skeletons and skin of a bird's foot. Its overall shape and the curvature of the preserved ungual sheath strongly suggest it was an arboreal bird, Xing told the Global Times.

The prominent plantar pads and papillose plantar surface are related to gripping substrates and prey. The combination of strongly padded, robust digits with elongated claws was most commonly found in extant raptorial birds, which may suggest the bird was a small aerial insectivore.

The ambers came from Hukawng Valley, a mountainous region of Myanmar with high rainfall and many rivers. Local language refers to it as "the place where demons live." Ambers discovered in the region, which date back 100 million years, record its unique ecosystem in ancient times.

The newly discovered fossils connect such feathers with enantiornithine as a previous discovery contained only feathers without skeletons.

Xing's team discovered the world's first raptor fossils in ambers and wings of ancient birds in 2016. They have also discovered snakes and frogs in ambers. 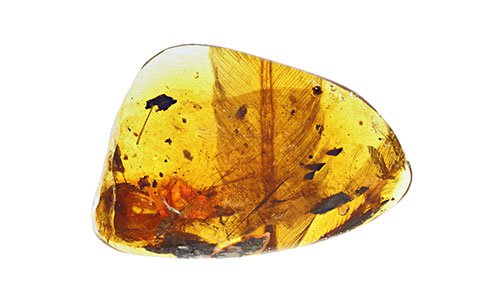 The 100-million-year-old amber, in which a new specimen of a tiny raptor has been discovered (Photo/Xing Lida) 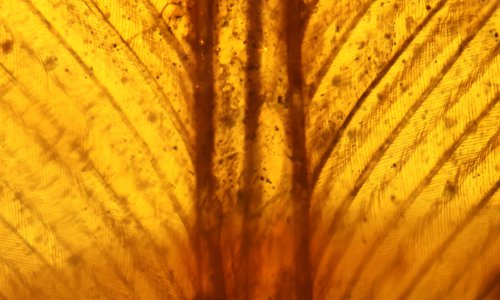 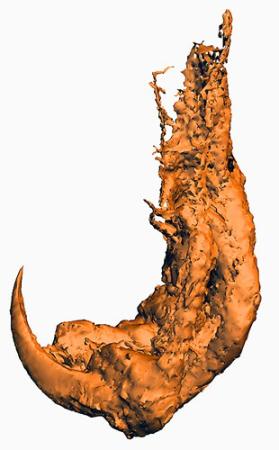