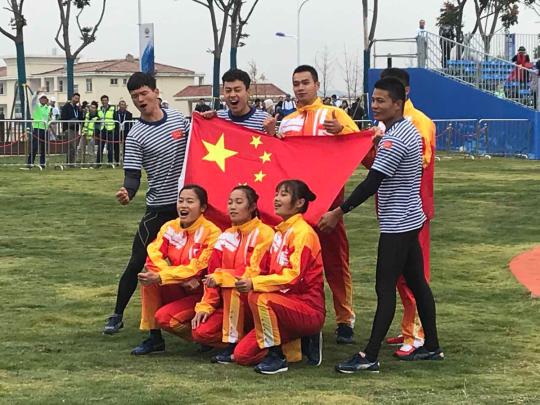 Each athlete was ranked with all five scores combined in the all-round individual. Teams were then ranked based on members' scores.

"Our daily training was very intense, so we had absolute confidence in winning," said Li Shun from the women's team, adding that their support team, coaches and team members had all made huge efforts, united as one and done their best.

Seventy athletes from 10 countries competed in the naval pentathlon. China sent three female and five male athletes to the event. The all-round individual and team events ended Friday after athletes completed the last discipline – the amphibious cross country – in the five races.

"I'm satisfied with their performance because they are the best," said Feng Yu, head coach of China's naval pentathlon team.

He said although the team is still young, established just two years ago, he could feel that all members have become increasingly stronger through two years of hard training.

"We strive to achieve better results for the country and the armed forces. We train for the highest standards," he said.