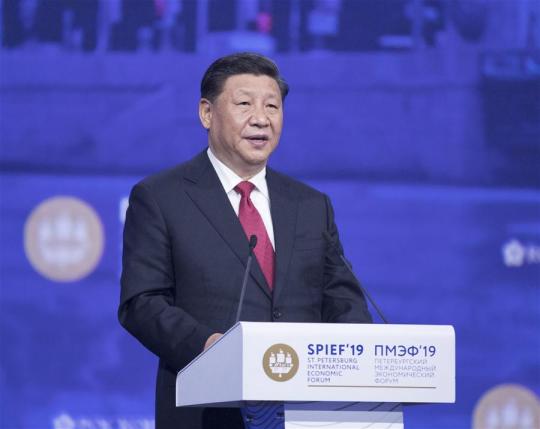 Editor's note: Xi Jinping Thought on Diplomacy is the fundamental guideline for China's diplomatic work in the new era. China Daily is publishing a series of stories to examine how Xi's proposals have become internationally accepted and made great contributions to world peace and human progress.

The country's diplomatic efforts in recent years, led by President Xi Jinping, also general secretary of the Communist Party of China Central Committee and chairman of the Central Military Commission, have helped China effectively manage and control differences regarding territory with neighbors and bolster stability, and have offered other countries a viable way to ease territorial tension, they said.

Guided by Xi Jinping Thought on Diplomacy, China's diplomatic works steadfastly champion interests regarding the country's sovereignty, security and development, Yang Jiechi, a member of the Political Bureau of the CPC Central Committee and director of the Office of the Foreign Affairs Commission of the CPC Central Committee, wrote in an article published by Qiushi Journal, the committee's flagship magazine, in September.

Huang Xilian, China's ambassador to the Association of Southeast Asian Nations, said that the reason for stabilized and improved South China Sea situation in recent years is that "China, as it firmly safeguards its sovereignty and rights and interests, has taken a multipronged approach with the parties concerned and actively carried out dialogue and cooperation".

To properly manage differences, China stays true to tackling maritime issues in a peaceful manner through dialogue and consultation, and "the bilateral communication channels between China and the countries involved in the South China Sea issue have been smooth", Huang said.

"This has played an effective role in negotiation and consultation, managing and controlling differences, increasing trust and eliminating doubts, and has prevented related maritime incidents from being further escalated or complicated and from affecting bilateral relations and the development of China-ASEAN relations," Huang added.

Such cooperation addresses urgent traditional and nontraditional challenges and meets the concerns of countries in the region, and it "creates a good atmosphere and enhances trust" for improving the situation in the South China Sea, Huang said.

Su Xiaohui, deputy director of the Department for International and Strategic Studies at the China Institute of International Studies, said the country has been working to make clear its positions and bottom lines and let its voice for championing rights and interests be heard by relevant countries and the international community through means such as issuing white papers.

Xi's public remarks over guarding sovereignty — such as vowing that not even an inch of Chinese territory could be separated from the motherland — "help countries having disputes with China dismiss their unrealistic pursuits or their impulse to take on a risk", Su said.

China's lasting dedication to its development is another incentive bringing those countries back to table for talks, Su said.

Cheng Yonghua, a former Chinese ambassador to Japan from 2010 to 2019, said the recipe for thawing Sino-Japanese relations made tense by territorial issues could be summed up as "upholding principles, managing and controlling divergences, deepening cooperation and expanding exchanges".

Cheng said that bringing Sino-Japanese ties back on track has been a complicated process full of twists and turns, and after their ties hit a low in 2012, the two countries worked together to reach a four-point principle consensus in 2014.

When Xi met with Japanese Prime Minister Shinzo Abe in Hangzhou, Zhejiang province, in 2016, Xi called on both countries to work to increase positive aspects and rein in negative aspects, and Abe agreed with Xi, making this a consensus between the two leaders, Cheng said.

During their latest meeting in June in Osaka, Xi said the two countries should constructively manage and control contradictions and differences through dialogue and consultation, and Japan is expected to jointly maintain the peace and stability in the East China Sea.

Yang Bojiang, director of the Institute of Japanese Studies at the Chinese Academy of Social Sciences, said that in recent years, China has been resorting to more institutional and legislative measures rather than piecemeal approaches, and it is boosting the links of its diplomacy to its legal system and institution buildup.

Also, Xi's idea that "China's development is the world's opportunity" has guided the recent improvement in China's relations with countries such as Japan, Yang said.

Diplomats and experts also highlighted the need for China and its neighbors to regulate maritime interactions and shut the door to regional outsiders' intervention to prevent potential incidents or crises from taking place.

China and Japan officially put into use the bilateral maritime and airspace liaison mechanism in June last year, a move Foreign Ministry spokeswoman Hua Chun-ying said is significant in boosting mutual understanding, trust and avoiding misunderstandings and miscalculation between defense authorities of the two countries.

Huang, the ambassador to ASEAN, said China and ASEAN countries have been working on stipulating regional rules because, "if we want to prevent divergence from becoming disputes and even frictions, we need rules".

Now China and ASEAN countries are negotiating the text of the Code of Conduct in the South China Sea, and "the rule-setting process itself is also a process of building trust, consolidating consensus and generating shared ideas, and it boosts all parties' understanding in reinforcing cooperation and properly tackling divergence as well", Huang said.

The two sides are committed to striving to finish negotiations on the code by the end of 2021. However, the possibility cannot be ruled out that some countries outside the region will continue making trouble for China, said Su at the China Institute of International Studies.

Huang warned that some outsiders have attempted to set foot in the rule-setting process, and China and ASEAN countries should properly deal with external factors and remain alert over any outside attempts to pose a disturbance or intervene.