Following the conclusion of a procession in Tuen Mun, New Territories, earlier on Saturday, the protesters carriedout violent and vandalistic acts in various places in the district.

They blocked roads, set fires and hurled petrol bombs, endangering police officers and the public at the scene. They also vandalised Light Rail stops and placed objects on tracks, leading to the suspension of service and potentially affecting the safety of its operation.

Some people assaulted a police officer and even attempted to take his revolver, while others trampled and burned a national flag, challenging the national sovereignty. 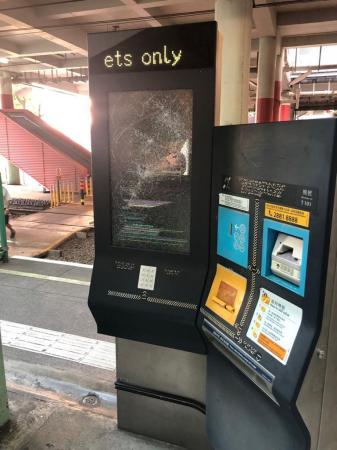 After nightfall, the violence and vandalism spread to other districts, with some people blocking roads, setting fires and hurling petrol bombs in Yuen Long, New Territories, and besieging and attacking Mong Kok police station in Kowloon.

The police will take action against illegal activities to protect people's safety and restore public order, a spokesman said.

Facilities at numerous Light Rail stops were destroyed while rail tracks and crossing lights were sabotaged. 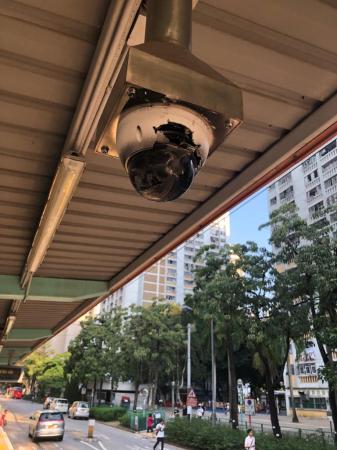 Such acts of vandalism posed a grave danger to commuters, the company said, adding it has reported the cases to police.

The company appealed to members of the public to be considerate, and stop vandalising station facilities, harassing other people or affecting railway safety.

MTR engineering personnel will check the damaged facilities to assess damages and the time required for recovery. If some of the facilities cannot be repaired in time, passengers may have to wait for a long time to use the facilities, the company said. 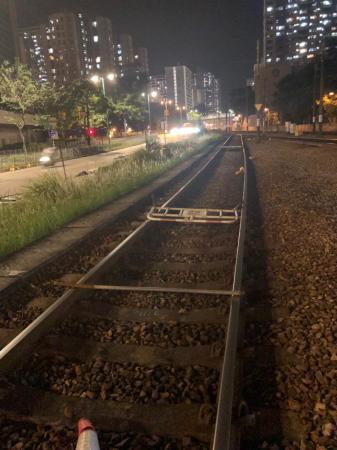 Radical protesters trespassed into the track area of Light Rail Town Centre Stop and threw items onto the tracks. The Passenger Information Display Panels at the stop were damaged and facilities were also defaced with graffiti. [Photo/MTR]