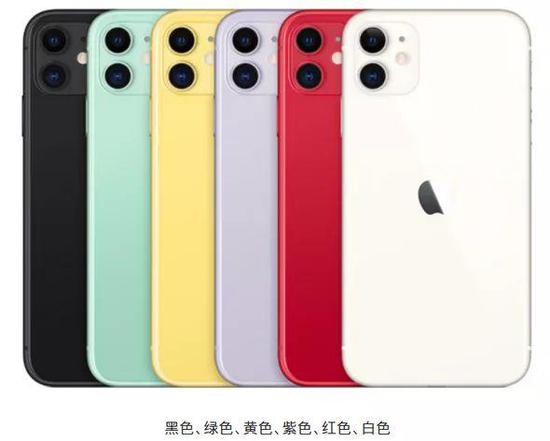 Apple Inc. announced a new line of iPhones, including iPhone 11 and Pro, iPads, Apple Watch 5 Series and other products and services at its major fall event in Northern California Tuesday.

The iPhone 11 features a 6.1-inch Retina display with a dual-camera system positioned in the back, which can shoot 4K videos with a longer batter life that lasts up to 17 hours. Its selfie camera can be switched to landscape mode and shoot slow-motion videos, Apple said.

The new smartphone, which comes in six colors, has a storing capacity ranging from 64GB to 256 GB to provide more space for apps, games, music and 4K movies, it said.

It is powered by Apple's Graphic Processing Unit (GPU) and new powerful A13 Bionic processor to it years of ahead of its peers.

The iPhone 11 Pro, with Super Retina XDR 5.8-inch, and Pro MAX with 6.5-inch OLED display, are equipped with three cameras on the back that offers a Telephoto lens for pro-level portraits and the ability to zoom in on distant subjects, such as wildlife and sports events.

The triple-lens camera system has an ultra wide camera with a 120-degree field of view and is capable of shooting 4K videos at 30 frames per second.

The new device supports GPS and 4G network connectivity features, and its always-on displays allows users to see time and notification even without raising their wrist. It's the first Apple Watch to release with ceramic and titanium finishes.

The device is powered by an A10 Bionic processor with a Smart Connector feature that makes it easy to be supported by Apple's magnetically attachable Smart Keyboards.

Apart from the hardware, Apple said it will launch its all-original streaming service Apple TV Plus on Nov. 1, this year.

Users who buy any Apple products including new iPads, iPhones, laptops, or desktops are eligible to enjoy one year of free subscription to Apple TV Plus.

Apple has added nine total titles that would be available on Apple TV Plus. "All of these incredible shows for the price of a single movie rental," Apple CEO Tim Cook said Tuesday on stage.

The service will be accessible in over 100 countries and regions, which will offer a powerful and inspiring lineup of original shows, movies and documentaries, including "The Morning Show," "Dickinson," "See," "For All Mankind" and "The Elephant Queen," said Apple.

The Apple Plus service can be subscribed for 4.99 U.S. dollars per month with a seven-day free trial.