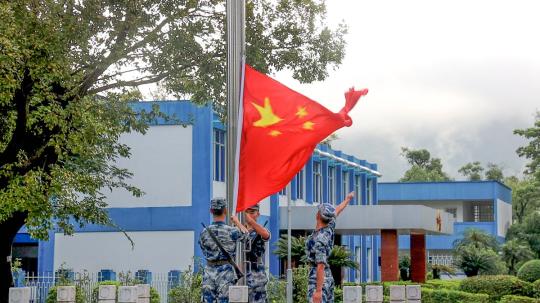 Members of the Hong Kong Garrison of the Chinese People's Liberation Army (PLA) raise the national flag during the morning flag-raising ceremony at its barracks, Aug 30, 2019. [Photo/Xinhua]

The flags were raised at around 7 am simultaneously at the barracks of the garrison, which completed its 22nd rotation Thursday.