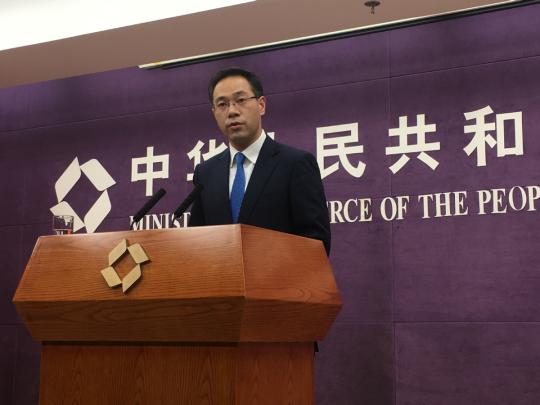 Spokesperson for the Ministry of Commerce, Gao Feng, spoke of the need for cooperation and calm in future China-U.S. trade talks, Aug 29, 2019. (Photo provided to chinadaily.com.cn)

China and the United States need to create "necessary conditions" for advancing economic and trade consultations, the Ministry of Commerce said on Thursday.

Gao Feng, the spokesperson of the ministry, said the two sides are discussing issues surrounding the next round of talks, which is scheduled to be held in September in the U.S.

Both sides should work together, create conditions for the next round of talks, and make progress in the consultations, Gao said at a weekly briefing.

Gao said the ministry hopes Washington will cancel planned additional tariffs to avoid an escalation in the trade war. China is willing to resolve the issues with a calm attitude, and hopes the U.S. will meet China halfway, Gao added.