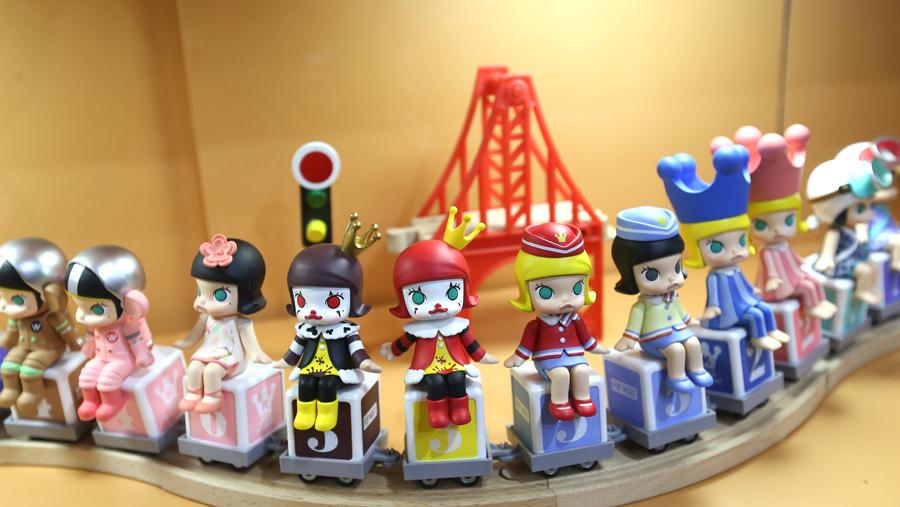 Some of the most popular designer toys: Molly. (Photo by ZOU HONG/CHINA DAILY)

Kan Hui was determined not to be late. So she turned up early at 5:30 am to be precise. "I am prepared. I stayed in a nearby hotel last night and brought food, water and a folding stool," she said outside the China International Exhibition Center in Beijing's Shunyi district.

It was not fun and games for Kan, 35. This was a serious matter even though the object of her planning was to ensure attendance at the Beijing Toy Show, from Aug 16 to 18.Kan was not alone. Hundreds of other well-prepared early birds formed a long line, snaking outside the exhibition hall-four hours before the show was due to commence.

When the hall's door finally swung open at 8:40 am, Kan dashed with a speed normally associated with Olympic sprinters, with the rest of the crowd, to buy her favorite designer toys. The loudspeaker crackled with warnings about safety and the need to ensure an orderly entrance. All to no avail.

The crowd was bombarding the exhibits of more than 300 designers from China, Japan, South Korea, the United States and Europe who were releasing limited editions of new toys. 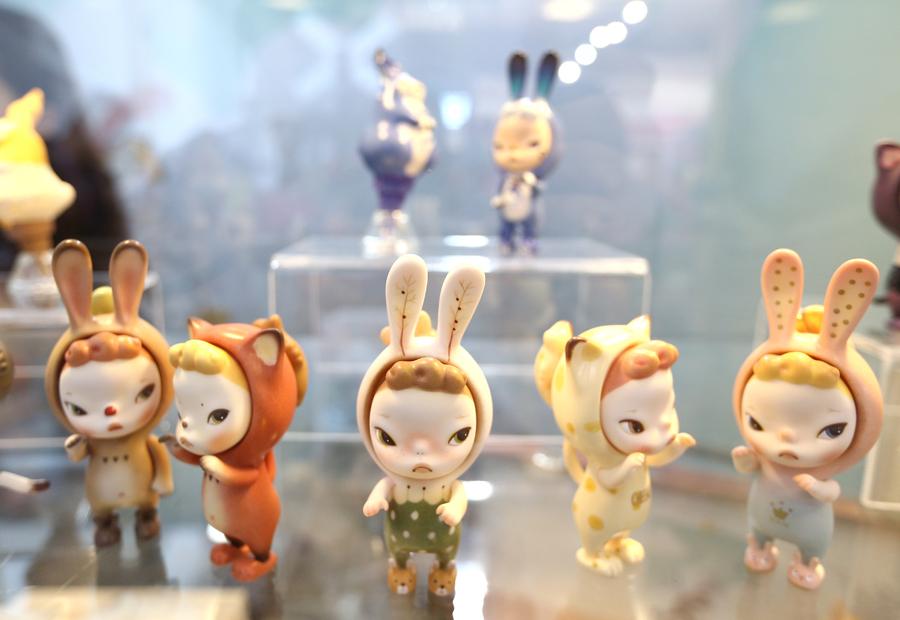 More than 30 specialist designers joined the show for the first time this year.

One of the most popular designers was Kasing Lung from Hong Kong, whose latest series was on limited release. His cute and funny creation is named Labubu, who smiles and shows off his fangs.

Kan, a senior stage set designer based in Beijing, wanted to buy a Labubu but was one of the many who failed in their endeavors. However, she was one of the 150 who were lucky enough to get their hands on another limited edition doll-a sleeping boy in a pink hat decorated with wings. The toy figure, named Dimoo, cost just a fraction of the more than 5,000 yuan ($699) Kan spent at the event.

"I did some 'homework' searching online before I came. There are so many people hoping to buy the toys. It depends on luck," says Kan.

Kan came to the event along with four friends, who are all big fans of designer toys. One of them is Wang Mei, who started collecting designer toys in 2017 and now boasts a collection of more than 1,000.

"It's a great way to socialize with people," says Wang, 36. "We share information about designer toys and what we bought on social media." 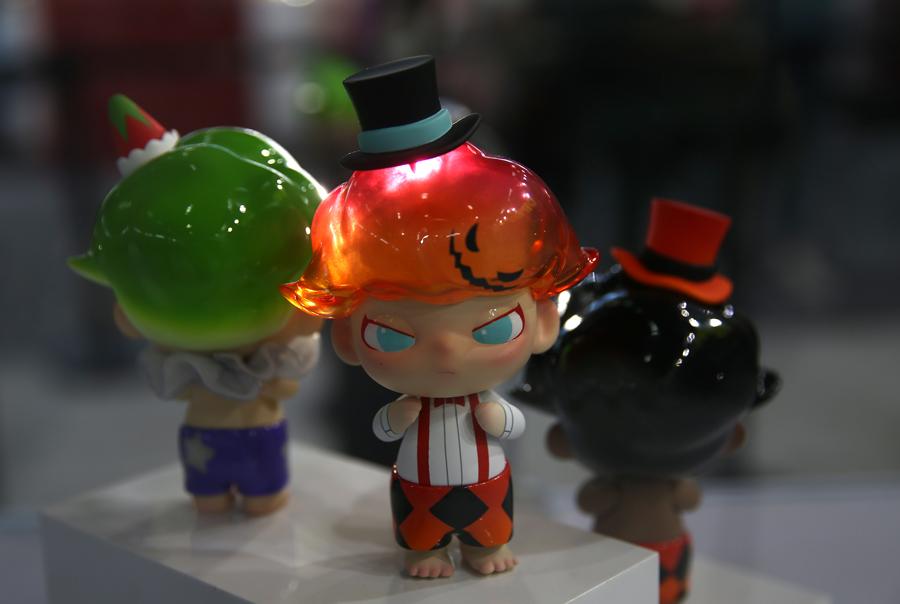 "When I look at those cute little toys after work, I feel relaxed and warm," says Wang. "For me, those toys are like affordable art pieces."

Kan and Wang are typical of the growing number of Chinese toy-collecting enthusiasts who have emerged in the past few years as the designer toy craze has taken off.

They enjoy buying and collecting toys made from plastic or vinyl produced by designers or artists. These toys are often associated with different themes, such as animals, amusement parks and zodiac signs. The styles of the toys can be cute, funny or even quirky.

It all started with Pop Mart, a Beijing-based company that introduced designer toy shows to the Chinese mainland, and the organizer of the Beijing show as well as one in Shanghai. Three years ago, it signed a contract with Hong Kong illustrator and designer Kenny Wong, who designed Molly, a wide-eyed girl.

About 4 million finger-sized Molly dolls in different series or situations, such as School Life and Ocean, were sold on the mainland in 2018, each for 59 yuan, one of the best-selling art toys in China.

The idea for Molly came from Wong's experience in drawing portraits of children at a charity event. To keep the kids still for his portraits, he asked them to sit down while he painted. All the children were pouting as they followed the instruction not to move. 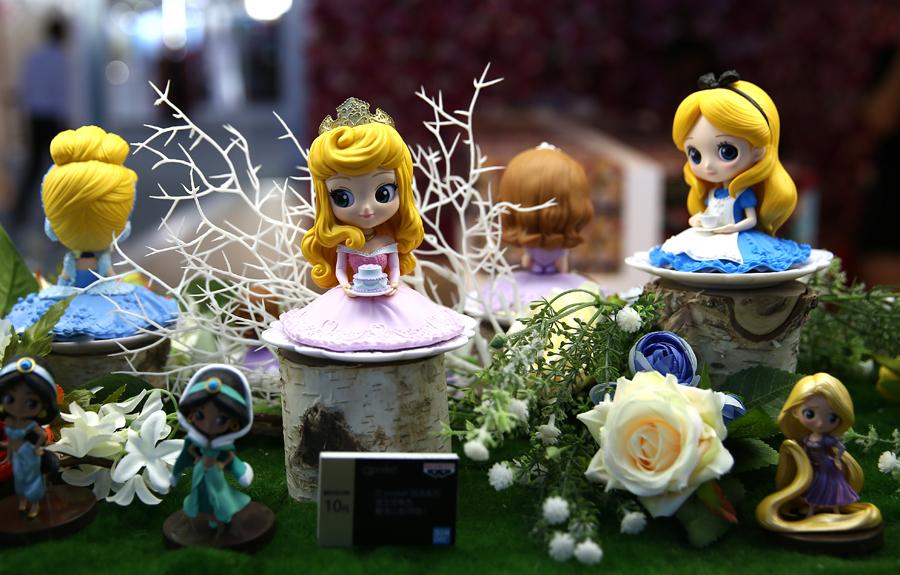 Their facial expressions impressed him. When he asked one girl her name, she replied "Molly", and so came his first Molly doll, Molly the Painter.

"Molly looks confident, arrogant and innocent, which is just like us. People love Molly because they can find themselves in her," says Wong, who has released more than 100 series of the Molly dolls.

"We all miss the happy times our toys brought to us when we were children," he points out. "As adults, we also need to have fun."

Another popular designer signed up with Pop Mart is Hong Kong-based artist Pucky, who named her dolls after herself. She says her name came from Puck, a trickster in William Shakespeare's play, A Midsummer Night's Dream.

"Puck is a clever, mischievous fairy. I put a letter 'y' after the name, which became my nickname," says Pucky, who was born in Hong Kong and grew up in Canada, which prompted her to explore the value of identity and the meaning of belonging.

After graduation from Emily Carr University of Art and Design in Vancouver in 2008, she returned to Hong Kong, where she works as a freelance artist and illustrator. 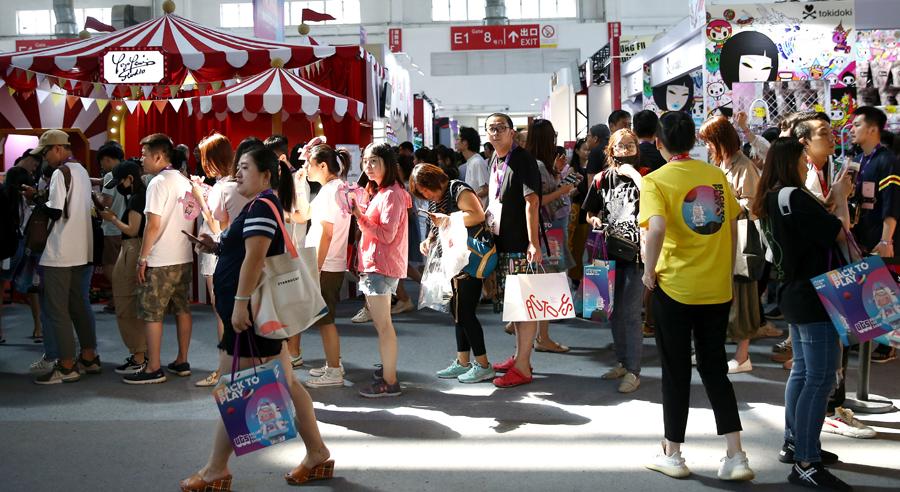 "My first designed doll was named Space Clown, a little alien wandering the Earth. I used to be a kid who was unhappy and sentimental, and I always dreamed about aliens that could take me away," she says.

"What I am trying to deliver with my design is warmth and peace. With elements like forests, outer space and dreams, I want to share comfort and inner peace with people."

A blind date that works

Wang Ning, who founded Pop Mart in 2010, says: "I didn't expect the designer toys to be so popular among young Chinese. The market is huge and promising."

Pop Mart started launching designer toys in 2016. Most of its buyers and ardent followers are women and students aged between 18 to 35, according to Wang Ning.

"It's about individuality and relieving pressure. People collect designer toys and they interpret the characters' emotions in their own ways." 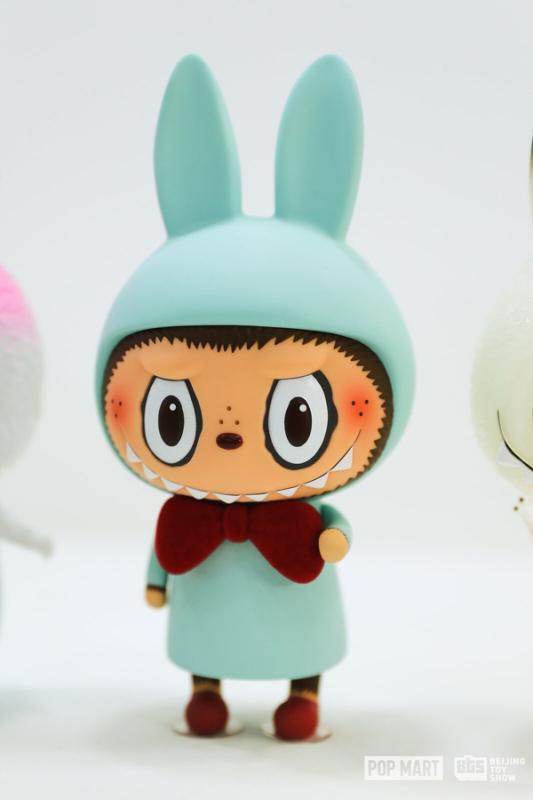 Some of the most popular designer toys: Labubu. (Photo by ZOU HONG/CHINA DAILY)

The company also introduced the concept of a "blind box". These finger-long boxes are bought on spec with the purchasers unaware of their contents until they open them. In 2017, the company set up about 400 vending machines across the country, dispensing the "blind boxes". It also held its first Beijing Toy Show that year with about 200 designers and over 30,000 fans attending.

Wang Ning says more designers from the mainland are now launching their toys at the show.

One of them is a young Guangzhou-based designer surnamed Deng, whose moniker is Ayan. Deng is a fashion design major who graduated from Guangzhou Academy of Fine Arts in 2017.

Her toy series, entitled Dimoo World, is one of the most popular.

The designer held three fan meetings during the show, which attracted hundreds.

"The story of the little boy, named Dimoo, starts with his journey in a mystic world, where he meets lots of friends," Deng says. "The boy is confused and lost. However, with the support and love from his friends, he grows up in an intriguing world." 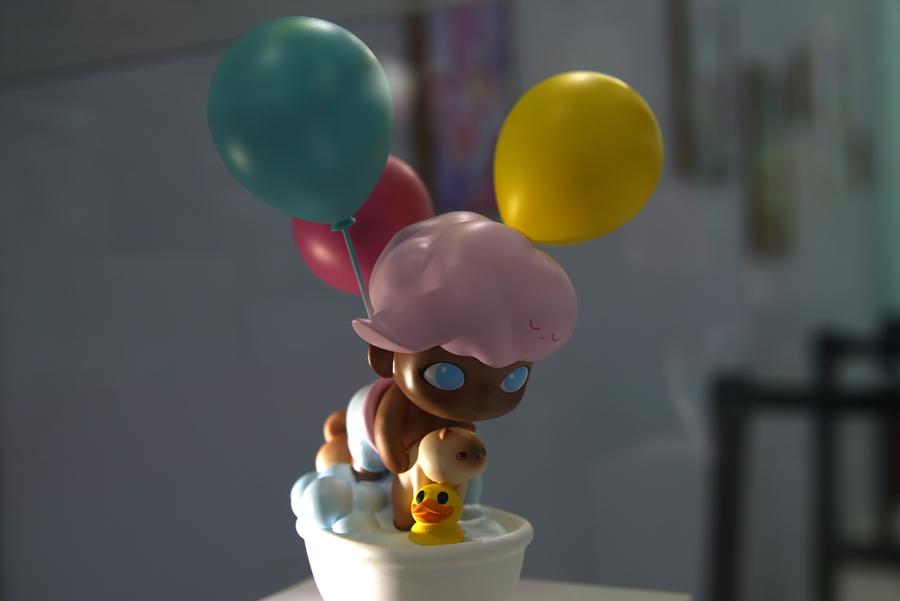 Some of the most popular designer toys: Dimoo. (Photo by ZOU HONG/CHINA DAILY)

His first series of Dimoo World had the little boy wearing various animal costumes, ranging from a panda to a bluebird and all have Dimoo's signature eyes.

"It's a reflection of my life. People love Dimoo because we share similar stories growing up," says the designer, who has 20 dogs and cats, plus 12 turtles, which "have become her sources of inspiration".

The trend of designer toys first started in Hong Kong in the 1990s and was influenced by Japan, South Korea and the West in the 2000s, according to Wang Ning. The trend is inevitable, given the country's strong economy, he says.

"Designer toys satisfy the spiritual needs of young Chinese consumers. They use social media to show off their collections and exchange them," he says.

"It's still evolving but has already become a phenomenon."