In accordance with the CE election law, the SAR's fifth-term CE will be elected by a 400-strong election committee and the candidate should obtain more than 200 votes to be elected.

Ho Iat Seng, born in Macao in 1957, had been the SAR's legislature speaker until he resigned earlier this year to run for the CE office. 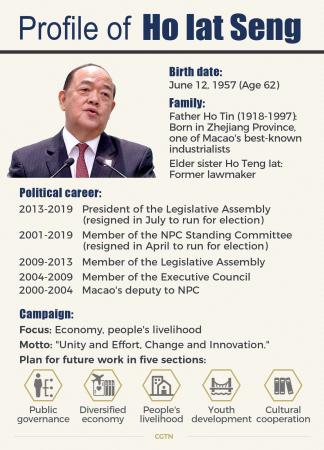