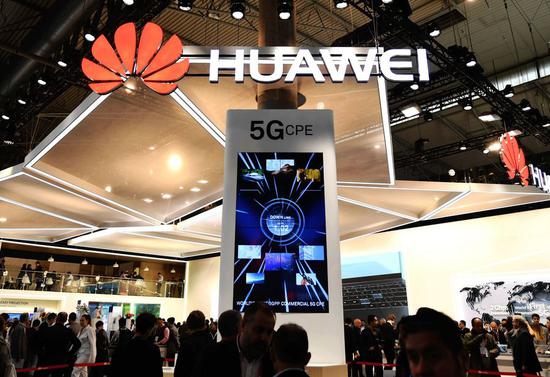 Chinese tech giant Huawei would continue enhancing its transparency and regard itself as a public-listed company, an executive said on Wednesday.

In an interactive reception on Wednesday evening in New York City, Vincent Pang, senior vice president and director of Huawei's board, said that Huawei plans to hold monthly events in New York hereafter in a bid to update the company's development and clarify queries.

Pang also told Xinhua on the sidelines of Wednesday's event, which featured the presentation of Huawei's operating results in the first half of 2019, that the company now follows the accounting rules subject to listed companies and issues annual reports for over ten years.

Yet, it was the first time that Huawei has issued its quarterly and semi-annual operating results -- in April and July respectively.

Pang said Huawei would continue to issue quarterly and semi-annual reports and the company does not have anything to hide since day one.

Huawei sets a good example in maintaining transparency though it is not publicly traded, said Paul Triolo, who heads the geo-tech practice at Eurasia Group, a geopolitical risk research and consulting firm.

"They are participating in standards bodies in a very open and transparent way. They have learnt how to do that and they are welcome in these bodies," Triolo told Xinhua on the sidelines of an earlier event held by bicultural organization China Institute.