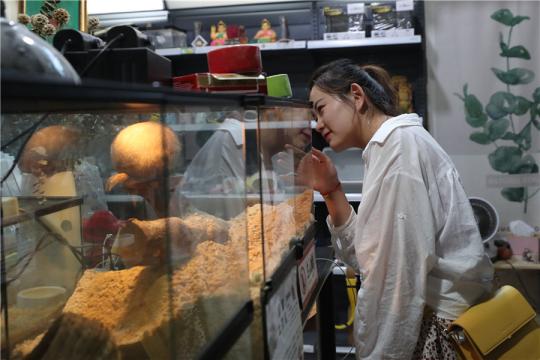 A customer watches a marmot at a pet store in the Laiguangying Pet Market in Beijing this month. WANG JING/CHINA DAILY

Higher wages and better living standards mean many Chinese are no longer satisfied with cats and dogs, so they are embracing lizards, snakes, crocodiles and even rare ants.

Pet ownership is not a new phenomenon in China. For example, for thousands of years, rural dwellers kept dogs to guard their homes while they were busy in the fields.

The relationship between pets and their owners was a working partnership until 30 years ago, when standards of living started to rise as a result of the reform and opening-up policy, and people began owning animals for companionship and pleasure.

A distinct change has been noticed in recent years, with a sharp rise in the ownership of exotic pets, especially among members of the younger generation, who are no longer satisfied with traditional animals such as dogs and cats.

As a result, the country is seeing a rapid rise in the number of nontraditional pets, such as birds of prey, rare frogs, snakes, pygmy sharks, lizards, insects of all sizes and colors, and even crocodiles. 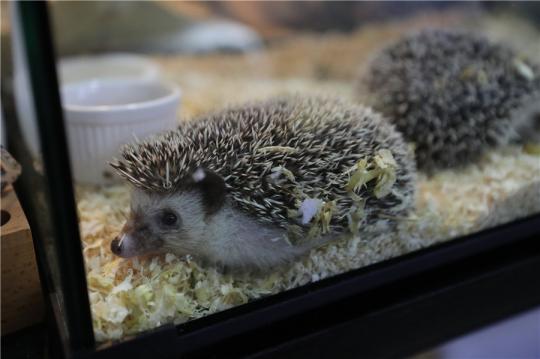 According to the annual report on China's pet market published by Goumin, the country's largest pet website, the market value rose from 14 billion yuan in 2010 to 170 billion yuan ($24 billion) last year.

Although the report didn't provide specific statistics about the exotic pet market, it showed that 36 percent of China's 73 million pet owners keep reptiles and rodents.

In 2000, only about 20 shops on Taobao, China's largest online shopping platform, sold exotic pets. Now, a search using the keywords "exotic pets" brings up details of more than 1,000 retailers.

Also, the number of registered members of pxtx, one of China's biggest online forums for lovers of turtles, lizards and snakes, has risen from nearly 1,000 in 2002 to more than 400,000.

This year, about 30 pet exhibitions will be held in China, 26 of which will feature lizards and rare birds, according to World Animal Protection, a global nonprofit group.

A report released by the group shows that the global trade in exotic pets has "flourished", with more than 500 bird species and 500 reptile species traded worldwide, and the Chinese market has seen rapid growth in recent years.