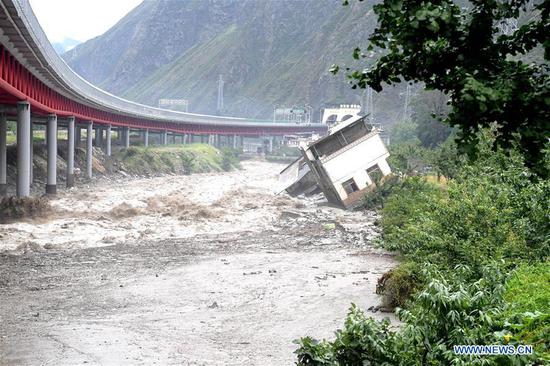 As of 7 p.m. Tuesday, rain-triggered disasters had affected 17 townships in the prefecture, injuring six people, including three with severe injuries, according to the prefectural emergency management bureau.

More than 34,000 tourists have been evacuated from Wenchuan County, which was hit by multiple mudslides following heavy rainfall. The evacuation of over 13,000 tourists in the county is underway.

By 0:15 a.m. Wednesday, power supplies and emergency communication had returned to the heavily-hit Gengda Township in Wolong, but water supplies remained disrupted.