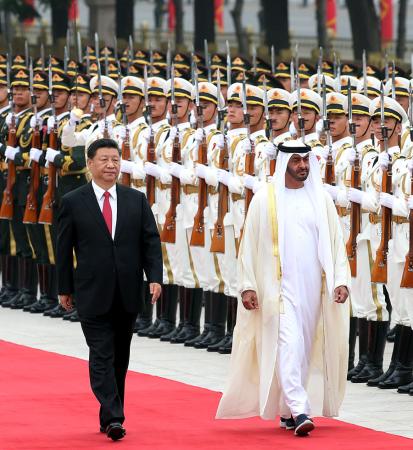 The meeting took place at the Diaoyutai State Guesthouse in Beijing. Earlier in the day, they had talks at the Great Hall of the People.

Xi said that he and the crown prince had held very fruitful and successful talks and witnessed the exchange of a series of cooperation documents in the morning.

It's quite rare that the two sides signed so many documents with such substantial content and covering so many areas, Xi said, adding that it demonstrated the great significance of China-UAE relations.

Xi stressed that Chinese civilization, with a history of more than 5,000 years, has absorbed a variety of foreign civilizations and continued to develop in an inclusive way.

The Belt and Road Initiative originated from the idea of global great unity, and it is dedicated to promoting exchanges and cooperation among different countries, he said.

Noting that the UAE also upholds the spirit of openness and inclusiveness, Xi said that the Middle East country has made important contributions to promoting mutual exchanges and learning among different civilizations. 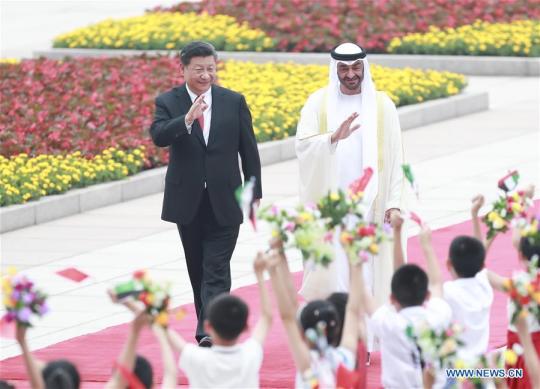 The crown prince said that his talks with Xi in the morning were substantial and meaningful, and that he benefited greatly by Xi's profound views on bilateral ties and the international situation.

With joint efforts by the two countries, UAE-China cooperation produced fruitful outcomes, he said, adding that the cooperation documents will bring more benefits for the people of both nations.

Noting that he completely agreed with Xi's proposal of building a community with a shared future for mankind, the crown prince said that the UAE would like to continuously deepen the bilateral comprehensive strategic partnership.