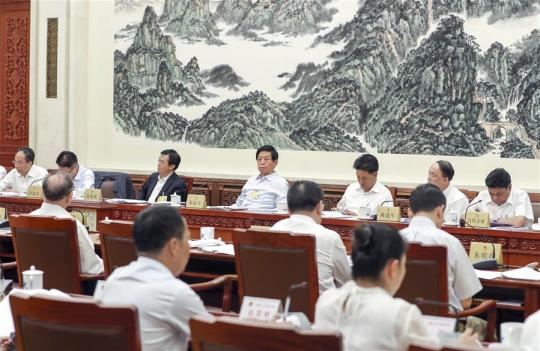 China's top legislature Wednesday heard a report on the central government's final accounts and an audit report for 2018 at a plenary meeting of its ongoing bimonthly session.

Entrusted by the State Council, Hu Zejun, head of the National Audit Office, made an audit report on execution of central government's 2018 budget and other fiscal revenue and expenditure.

Efforts are needed to constantly deepen supply-side structural reform, pursue a proactive fiscal policy with greater intensity and enhance its performance, win the "three tough battles," and implement the requirements to reduce burdens on primary-level authorities, according to the audit report.

The meeting heard a report on the examination results of the draft 2018 final accounts made by Shi Yaobin, vice chairman of the NPC Financial and Economic Affairs Committee.

Lawmakers also heard a report on implementation of law on the promotion of small and medium-sized enterprises delivered by Chen Zhu, vice chairman of the NPC Standing Committee.