China to put new trains into service in July 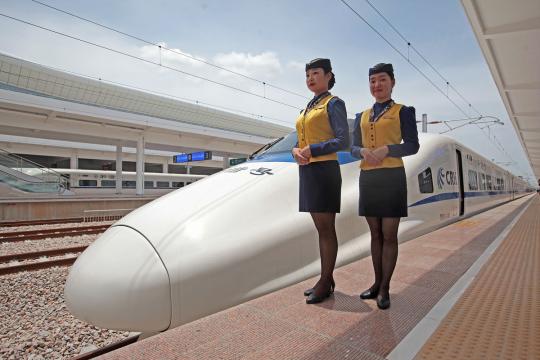 With a new train diagram to be put into operation from July 10, China will launch additional pairs of passenger and cargo trains to cope with the summer peak season, sources from the China Railway said.

As a result, about 260,000 passenger seats will be added daily to the transport capacity.

A new batch of high-speed trains will be put into use, and several stops will be adjusted to optimize the country's passenger transport services.

The high-speed railway stops linking the mainland and Hong Kong will be increased to 58. From the Baiyangdian Station, passengers in the Xiongan New Area will be able to take the high-speed train to go directly to Hong Kong.

The travel time between some cities will also be shortened. For instance, it will take 1 hour and 42 minutes less for passengers to travel from Kunming to Guangzhou, and nearly 25 minutes less from Hami to Urumqi.

Railway freight capacity will be enhanced as well, with two additional domestic lines of the China-Europe freight train put into operation, reaching 70 in total.