Rare-earth exports fall 16% in May 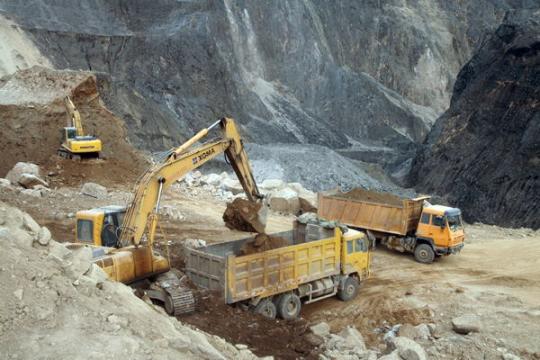 A rare earth mine in Xichang, Sichuan Province. (Photo provided to China Daily)

China, the world's largest producer of rare earths, saw a 16 percent monthly drop in those exports in May amid an increased focus on domestic resources conservation and high-quality development of commodities, officials and experts said.

Rare-earth exports by China fell to 3,640 metric tons in May from 4,329 tons in April, according to the General Administration of Customs. In the first five months, China exported 19,266.8 tons of rare earths, down 7.2 percent year-on-year.

"The drop of China's rare-earth exports is the result of domestic resource conservation and environmental protection, and it is in line with the country's need for promoting high-quality development," said Cui Fan, a professor at the University of International Business and Economics.

Cui said escalating trade tensions between China and the United States have also exerted a negative impact on global supply chains, especially in commodity goods such as crude oil, soybeans and rare earths.

"Many markets' heavy dependence on Chinese supply has exhausted mines at home and caused environmental impacts. It is time for them to increase supplies from other producers such as Russia, Greenland and certain African nations to meet their demand," Cui added.

Mei Xinyu, a researcher at the Chinese Academy of International Trade and Economic Cooperation, said China has developed advanced separation and purification methods for rare-earth elements with high efficiency and low cost.

Rare earths, a group of 17 elements, is used in production in a huge number of sectors, ranging from high-tech consumer electronics to military equipment.

China produces around 80 percent of the world's supply of rare earths. However, the country's rare-earth industry faces problems such as smuggling, illegal mining and production, lack of innovation and environmental protection issues.

"The government continues to regulate the rare-earth industry by setting up environmental standards to make exploration and refining processes cleaner," said Zhu Yi, a senior metals and mining analyst at Bloomberg Intelligence. "This also complies with the government's decision to reduce pollution in the metal industry."

The NDRC said more efforts are needed to improve management of the rare-earth market, rectify market order, foster a better business environment, make breakthroughs in key technologies, crack down on violations of laws and regulations and promote a green, sustainable future.