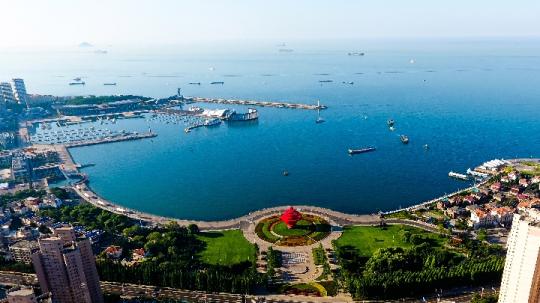 A demonstration area under construction in the eastern Chinese city of Qingdao is offering a better prospect for cooperation between China and the Shanghai Cooperation Organization (SCO).

The demonstration area has a great strategic significance, which can improve trade between the SCO countries and intensify mutual trust and benefit, said SCO Secretary-General Vladimir Norov, at the recently concluded SCO Qingdao Forum on Local Economic and Trade Cooperation.

"The economic potential of SCO countries has not yet been fully developed," Norov said.

The SCO has eight member states, four observer states and six dialogue partners. Its member states, namely China, India, Kazakhstan, Kyrgyzstan, Pakistan, Russia, Tajikistan and Uzbekistan, account for about 20 percent of the global economy and 40 percent of its population.

China proposed to set up a demonstration area for local economic and trade cooperation between China and the SCO during the SCO Summit held in Qingdao in June 2018.

With a 61.1 square-kilometer core region located in Jiaozhou under Qingdao, the demonstration area has launched 13 domestic and international freight trains. More than 40 cooperation projects have been registered in this area, covering such industries as high-end equipment manufacturing, artificial intelligence and bio-medicine.

It is not only China's big market that Sri Lanka values but also the potential business opportunities from other SCO countries, said Alexi Gunasekara, an official of the Sri Lankan Embassy in China.

As a dialogue partner of the SCO and a firm supporter of the Belt and Road Initiative, Sri Lanka witnessed an export of $230 million to China last year.

Gunasekara said the Belt and Road Initiative is highly consistent with Sri Lanka's national development strategy, and Sri Lanka looks to better promote investment, free trade and cultural exchanges with the help of the SCO and the Belt and Road.

"In the year 2018, the trade volume between Qingdao and the SCO countries reached $5.5 billion," Said Meng Fanli, mayor of Qingdao.

"So far, the two-way investment has exceeded $1.9 billion, which has fully reflected the vigor and vitality of SCO local economic and trade cooperation," Meng said.

Sardorkhon Muratov, export manager of Alimkhan Company from Uzbekistan, said besides fruit products, the company plans to export building materials to China since the relationship between the two countries is getting ever closer.

Besides introducing tourism products to China, he purchased hotel furnishings, wines and a solar power system from Chinese companies.

"I buy a lot of goods from China every year," Weerasinghe said. "With all the goods and equipment, we will offer more qualified services for tourists from China and other countries."

The first SCO Qingdao Forum on Local Economic and Trade Cooperation and the first SCO International Trade and Investment Fair lasted from May 24 to 26 in Qingdao. The event attracted more than 400 companies and institutions, including over 150 from overseas.