U.S. commercial plane slides into river with all lives 'accounted for' 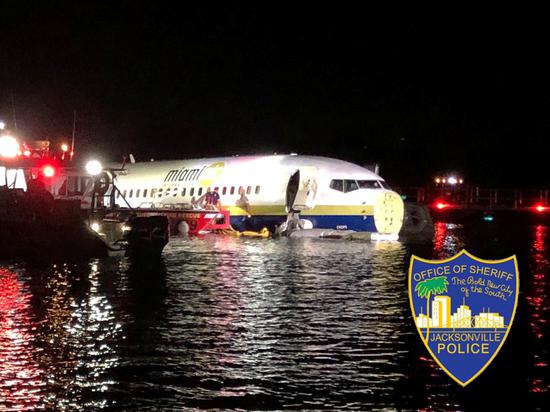 A U.S. commercial jet with more than 130 people on board on Friday slid into a river in the U.S. state of Florida, a local mayor said, adding that all lives have been accounted for.

"We have a commercial plane down on the river," Lenny Curry, mayor of Jacksonville said, adding that first responders are at the scene and "all lives have been accounted for."

It is unclear how many were injured.

The flight, a Boeing 737, slid off a runway into the St. Johns river at about 9:40 pm local time (0140 GMT Saturday), according to a spokesman from the Naval Air Station Jacksonville. It appears that the plane skidded into the river as it tried to land.

The Jacksonville Sheriff's Office said in a tweet that the plane was in "shallow water" and was not "submerged".

It is also unclear if the cause of the incident was similar to that of the two deadly Boeing 737 crashes in recent months.