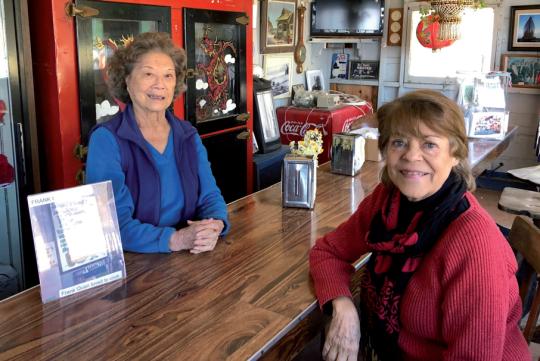 Nestled on a secluded beach of San Pablo Bay in Northern California are a few wooden shacks, a long pier and a shrimp-drying building – the remnants of a Chinese fishing village.

Dozens of visitors strolled on the beach or took in the view from the 300-foot-long pier on a Sunday.

"In summer, we have a lot more visitors. We also have international visitors coming in buses," said Helen Sitchler, a docent at the China Camp State Park.

Sitchler stood at the entrance of the museum – a wooden shed located at the shore end of the pier. She greeted visitors and offered to explain the history of the site.

Once a thriving shrimp-fishing village and home to nearly 500 residents in the 1880s, China Camp Village was one of the largest and longest-lived of numerous "shrimp camps" established on the shores of both San Francisco and San Pablo bays, according to the National Park Service.

At the museum, historical photos tell how the fishermen caught the shrimp on their redwood workboats and processed them. Most of the shrimps were exported to China.

Outside of the museum, a red-brick stove built to dry large quantities of shrimps, caught the attention of Tori Geordan, 27. She drove with her friend Leno Zimmerle from Fresno County, 200 miles south of the park.

"It's nicer than things being forgotten," said Geordan. "I think histories of even a small community is important because it helps shape everything."

"It's nice the community was able to come together and stay strong, and flourish over here," Zimmerle said.

Although the Chinese fishermen lived and worked in isolation from other communities, the anti-Chinese sentiment and the passage of the Chinese Exclusion Act in 1882 changed their lives.

They also came under increasing pressure from other fishing groups. Discriminatory legislation was enacted, forbidding traditional Chinese fishing techniques, limiting the fishing season and prohibiting the export of dried shrimp.

As the population of China Camp dwindled, only one family persisted and adapted to new regulations and changing technology.

In the 1970s, China Camp became a state park, where the last villager, Frank Quan, lived until he died in 2016. After Quan's death, people were worried that the little-known history of the Chinese camp would fade. But thanks to the non-profit group "Friends of China Camp", which runs the park now, the historic structures are well preserved, and they even keep Quan's café open on weekends.

Georgette Quan, a cousin of Frank, and Thelma Colombo, a longtime friend of the Quan family, volunteer in the café on weekends so visitors are allowed in the original building and experience the past way of life.

"I'm the only one in the family who lives in Marin (County). Our era is over. We are part of the history. But China Camp is always our home," said Georgette Quan.

To allow China Camp to continue to tell its story, Friends of China Camp has been working hard to raise funds and recruit volunteers since it took over the park in 2011 from the state parks department, to avoid closure because of statewide budget cuts.

"We get no money from the state. We don't have any rangers. We are working hard to keep it going," said Sitchler, who is responsible for recruiting and training docents.

Another concern is wildfires.

"There's a lot of land here and not many people to take care of the decayed trees," she said.

Last year, a mudslide wiped out a stretch of mountain trail. The volunteers worked hundreds of hours to repair the trail, with a donation of 300 tons of rock from a local company.

"We are doing the best we can. I think we are doing pretty good," said Sitchler.