Xi: Nation firmer in its deepening of reform 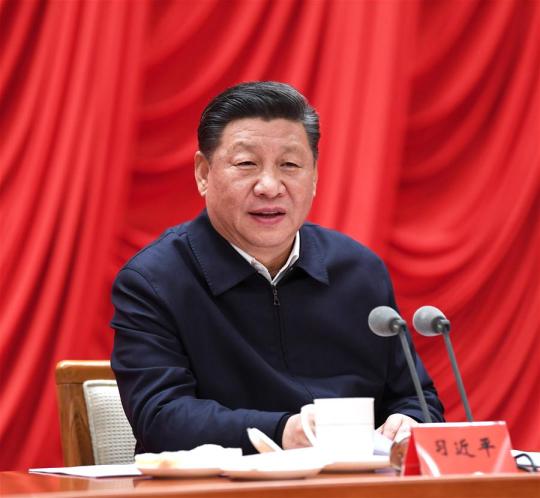 Xi Jinping, general secretary of the Communist Party of China Central Committee, said on Monday that China has been firmer than ever in deepening reform and expanding opening-up.

Xi, also Chinese president and the chairman of the Central Military Commission, made the remark while attending a gathering in Beijing on Monday. He also extended Lunar New Year greetings to leaders of non-Communist parties and the All-China Federation of Industry and Commerce, and influential people without party affiliation.

Experiences drawn from the campaign of reform and opening-up over the past 40 years enable the country to have a firmer resolve in carrying forward the drive, Xi said.

Xi said China's reform and opening-up is all-around and gradual, and he added that its development always has been preceded by successful pilot programs.

The historic experience－seeking progress while ensuring stability－has become the overarching principle of the work of the Party and the State, he said, adding that both economic growth and social development should uphold that principle.

Calling the past year extraordinary for the country, Xi said the nation's economy maintained a reasonable range in its development despite the complex international situation.

Institutional reforms of the Party and the government as well as other reforms have been advanced comprehensively. Also, opening-up keeps expanding, great achievements have been made in various undertakings of the country and people's sense of fulfillment, happiness and security have been enhanced, he said.

Xi expressed hope that non-Communist parties and the ACFIC as well as those without party affiliation would actively contribute policy advice on outstanding problems such as the three critical battles of preventing and eliminating major risks, targeted poverty relief and the fight against pollution, and for the technological innovation and reform of the country's educational system.

Leaders from non-Communist parties and the ACFIC introduced their work and future work plans at the gathering.