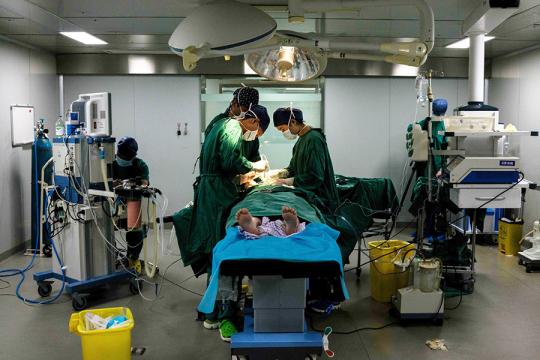 Authorities have handed down punishments in more than 2,700 cases involving legal violations and irregularities in cosmetic surgery services, according to the National Health Commission, as part of a special campaign that has been conducted for more than a year.

Customs officials across China have investigated 912 smuggling cases involving products such as collagen and Botox, it said.

The campaign was launched by seven central government departments, including the commission, the Ministry of Public Security and the National Medical Products Administration, in May 2017.

It is aimed at fighting rampant illegal practices in the sector, such as providing services without certificates, illegally producing or selling drugs and medical equipment for cosmetic surgery and illegal promotion and training.

The number of complaints filed by consumers over disfigurement caused by failed cosmetic surgery across China exceeds 20,000 annually, most connected to illegal service providers, according to a report by China Central Television.

Xiao Ran, a researcher at Plastic Surgery Hospital of the Chinese Academy of Medical Sciences, said irregularities in the cosmetic surgery sector, including providing such services at uncertified places such as beauty parlors or hotels, employing physicians that have not received professional training and using substandard injections, have resulted in cases of harm to people. Problems have ranged from disfigurement, loss of eyesight and even death.

"Authorities should fight such irregularities continually, covering the whole sector, including services, training and production of drugs and equipment," she said.

Meanwhile, the public should be educated, so that people have a better understanding of the risks of plastic surgery and choose certified institutions to minimize those risks, she said.

The hospital said Xia died of complications related to her anesthesia. The health and family planning commission of Yunyan district, where the death occurred, is investigating the case.