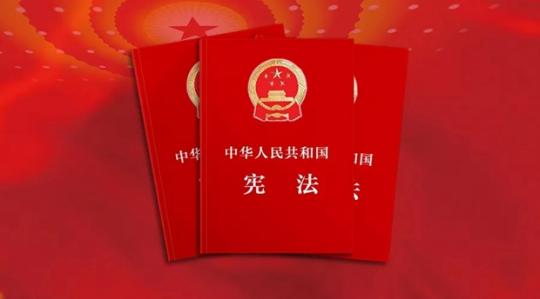 President Xi Jinping stressed the significant role of the Constitution on Tuesday, calling for promoting the spirit of the document and upholding its fundamental legal authority.

Xi, who is also general secretary of the Communist Party of China Central Committee and chairman of the Central Military Commission, emphasized the law's power in governance, adding that the quality of its implementation needs to be improved.

He made the remarks on the country's fifth Constitution Day, which fell on Tuesday, with a call for more efforts to guide all people to loyally uphold, willingly comply with and firmly safeguard the socialist rule of law.

Also on Tuesday, the Standing Committee of the National People's Congress, the top legislature, held a seminar on the Constitution, encouraging officials to further improve the reform and opening-up policy, introduced in 1978, through effective enforcement of the law.

"It's the Constitution that has guaranteed and promoted our country's development over the past 40 years," said Li Zhanshu, chairman of the NPC Standing Committee. "We should ensure the law is fully effective by building a better legal system, and put the words into practice."

Li said the legislature will play a bigger role in reviewing whether legal documents comply with the Constitution, adding that it will also be more innovative in explaining the law to the people.

On Tuesday, judges of the Supreme People's Court took an oath of allegiance to the Constitution, vowing to safeguard its authority and strictly abide by its principles when dealing with cases.

The top court offered examples of six cases that illustrate the protection of the rights of entrepreneurs and private enterprises, regarding them as a major step forward in implementing the Constitution.

This year, the country also unveiled its first Constitution Week, calling on people to better employ rule-of-law thinking and approaches.

China's current Constitution was adopted on Dec 4, 1982. In 2014, the NPC Standing Committee passed a decision designating Dec 4 as Constitution Day.