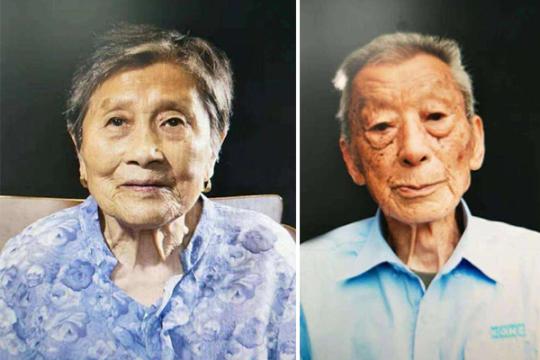 Zhao Jinhua, 94, was born on Dec 22, 1924. In December 1937, she witnessed a female relative pulled away forcibly by Japanese soldiers, raped, and pushed into a river with most of her buttocks chopped off.

Chen Guangshun, 94, lived in the suburbs of Xigangtou village and had to hide in a nearby mountain in early 1938 when the Japanese army occupied Nanjing.

More than 20 villagers who went back to the village were secretly found and killed by Japanese soldiers. A Japanese officer let then 14-year-old Chen go after eating the sweet potatoes he boiled for them.

A total of 35 people died at the village during the massacre, including one of Chen's elder brothers, who ran away from the house after hearing machine guns but got shot by a soldier.