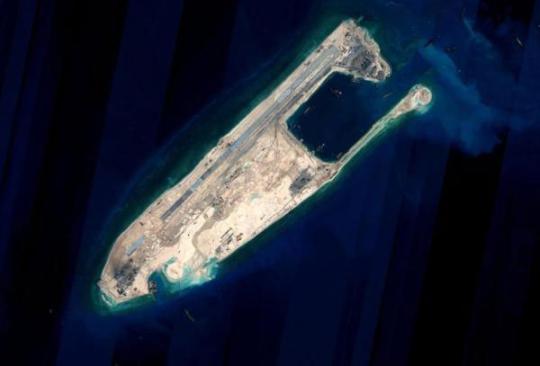 Construction of a new base to support China's archaeological studies in the South China Sea began in Qionghai, Hainan Province, on Tuesday.

Hu Bing, deputy director of the National Cultural Heritage Administration, said the base is planned as a complex of facilities for research, underwater excavation and conservation of historical heritage in the South China Sea. It will also be used to promote relevant international exchanges.

The facilities will include a scientific research institute for maritime cultural heritage, a conservation workshop for salvaged shipwrecks and a training center for archaeologists.

"Launching this project reflects the country's maritime strategy and determination to boost culture," Hu said. "The base will benefit Hainan's economy and help clarify the history of the South China Sea."

Hu added that the move fits well with the concept of the 21st Century Maritime Silk Road, a part of the Belt and Road Initiative.

Plans to construct such a base were mentioned in national guidance released by the State Council in 2016 to further enhance work related to cultural heritage.

The hub, covering 31,000 square meters, will cost 250 million yuan ($35.9 million) to build, according to the National Cultural Heritage Administration website.

It will be run by the National Center of Underwater Cultural Heritage, which is affiliated with the administration. No announcement has been made on when construction will be completed.

Its location is near the China (Hainan) Museum of the South China Sea, which opened to the public in April to better display cultural relics found in the area.

Also in April, the underwater-heritage center led a major investigation off the coast of the Xisha Islands to study ancient Maritime Silk Road routes.

With the help of robots and the manned submersible Shenhai Yongshi, or Deep Sea Warrior, archaeologists investigated areas up to 1 kilometer below sea level.

As a pivotal passage on the 2,000-year-old trade route connecting China to the world, the South China Sea is home to myriad shipwrecks.

For example, Nanhai One, a merchant ship of the Southern Song Dynasty (1127-1279) that sank in the area and was found in 1987, is so far among the world's biggest discoveries of ancient wooden shipwrecks. More than 60,000 artifacts were found in the debris.

Residents of Qionghai, east of Hainan Island, have fished in the South China Sea since ancient times. The county-level city is also known as the permanent home of the annual Boao Forum for Asia.