BDS to provide navigation services to BRI countries from next month 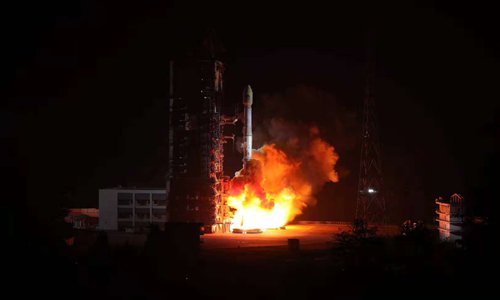 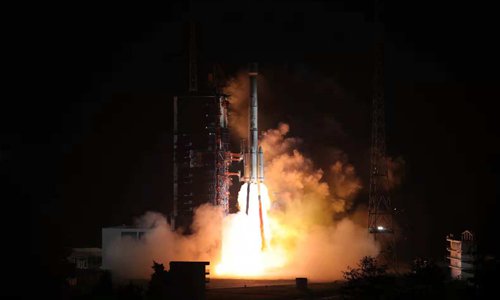 Launched from the Xichang Satellite Launch Center in Xichang, Southwest China's Sichuan Province, the satellites are 42nd and 43rd in a BDS. They are also the 18th and 19th satellite in the newer generation of the BDS known as BeiDou-3, and will join the 17 that are now in orbit. The BDS will provide navigation services for countries and regions along the routes of the China-proposed Belt and Roadinitiative by the end of the year.

The twin Medium Earth Orbit (MEO) satellites entered their set orbit around 6 am on Monday morning, three hours after their launch.

"The basic BeiDou-3 constellation has been completed, marking a milestone for the Chinese BeiDou to go truly global," said Yang Changfeng, chief architect of the BDS, said at a press event on Sunday in Xichang.

"BDS will reach worldwide coverage after the Monday launch with an enhanced accuracy of between 2.5 meters and five meters, and it will provide service that is twice as good as the previous BeiDou-2, without even being noticed by the users," Yang said.

This year has witnessed that China has made intensive efforts in launching the array of satellites that make up the country's global navigation system.

Since November 5, 2017 there have been 19 launches of BeiDou-3 satellites, with the shortest intervals between launches being only 17 days, said Yang.

To achieve the goal, Chinese engineers and scientists have been planning and working accordingly round the clock since 2015, and broken the old tradition of "producing one and examining one," as the BeiDou-3 satellites and their components are in fact produced through a mass manufacturing but in a more scientific mode, Wang noted.

The Monday BeiDou-3 mission was the Xichang Satellite Launch Center's 15th of the year, and the center is expected to perform two more by the end of the year, Wu Chengde, deputy director of the political department at the launch center, told the Global Times. The previous number of launches from the center was nine in one year, said Wu.

Some staff members at the center have worked up to 45 consecutive days in order the meet the demands of this year's launch schedule, Wu said.

The Chinese homegrown navigation system, which is named after the Chinese term for the Big Dipper, began serving China in 2000 and the Asia-Pacific region in 2012.

More than 6.17 million commercial vehicles, 80,000 buses in 36 cities and 370 public service ships across the country have been using the BDS, according to the data provided by the Ministry of Transportissued on Sunday.

The system now covers more than 50 countries and regions with a total population of more than 3 billion, according to the Xinhua News Agency.

A document the China Satellite Navigation Office sent to the Global Times on Sunday states that China and the US signed a joint statement on the compatibility of the BDS and US' GPS signals in November 2017.

Seven rounds of meetings have been carried out between officials with the BDS and their counterparts with the European Galileo navigation system, and a bilateral working group has been established.

China and Russia will hold a satellite navigation collaboration forum in Shanghai in May 2019. And the second China-Arab States BDS cooperation forum will also be held in Tunis in 2019.