Love message in a bottle launches search for receiver

A message in a bottle that washed up on an Australian beach has triggered an online search in China for the girl to whom the love letter was directed.

Earlier this month, a local tour operator found a green bottle on Airlie Beach in Queensland, that seemed like it's been drifting in water for a while. However, it wasn't the barnacles covering it that caught his attention. Rolled inside the bottle was a note written in Mandarin, which the man posted on Facebook in an attempt to decipher the content.

The message turned out to be a love letter written by a Chinese sailor who was expressing how much he had missed his fiancee while traveling through the Indian Ocean.

An employee of the tour operator in Australia poses with the bottle discovered on Airlie Beach. /Facebook Screenshot

"I am a sailor. I am navigating the Indian Ocean and missing my fiancee who is in my hometown. I left to the sea soon after we were engaged and feel sorry for her. I have put my thoughts into words and put them in the bottle. I hope that I will lead a long and happy life with Chen Jing after I go back. Actually, I don't expect the bottle in the deep sea to be discovered or opened. It is just a kind of comfort. Love you, Jing," the message read. 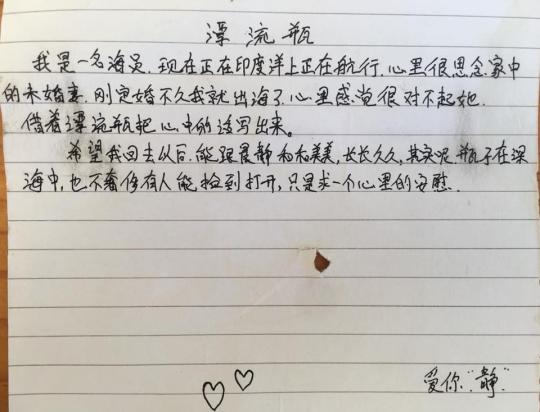 A Chinese Weibo user who goes by the name @Jiazhuangwensente shared the story on the Chinese platform, hoping that the Internet could let Jing know how much her partner loves her.

The Weibo user has kept updating the story and called on influential social media accounts to help spread the words.

The hashtag "A drift bottle from the Indian Ocean" has also been created, attracting millions of netizens to join the search in the hope of reaching Jing. 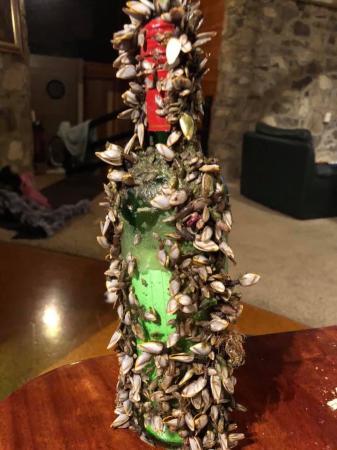 Facebook users also showed their respect to the power of love between the two with many asking for more details about the letter, such as whether there's a date or address included in the message.

"Hey. Were there any dates or addresses? I'm off to China in 3 weeks maybe I could pass that on," Christina Walker offered.