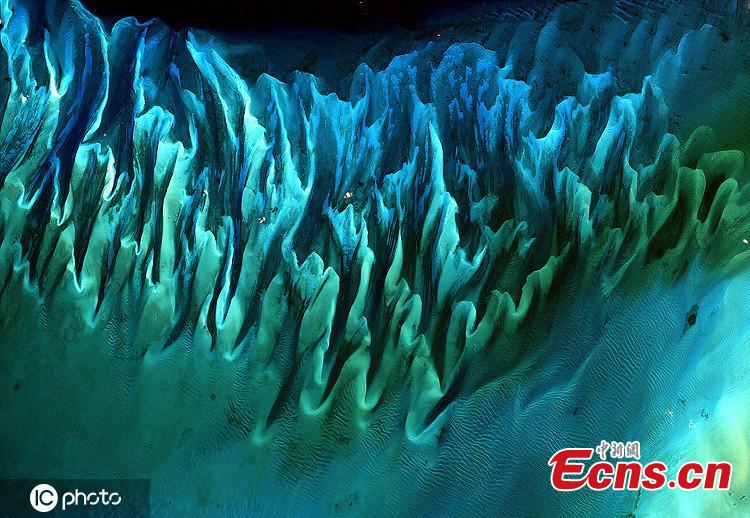 Captured in January 2001, this satellite image shows sand and seaweed beds in the Bahamas, which have been sculpted by tides and currents. (Photo/IC) 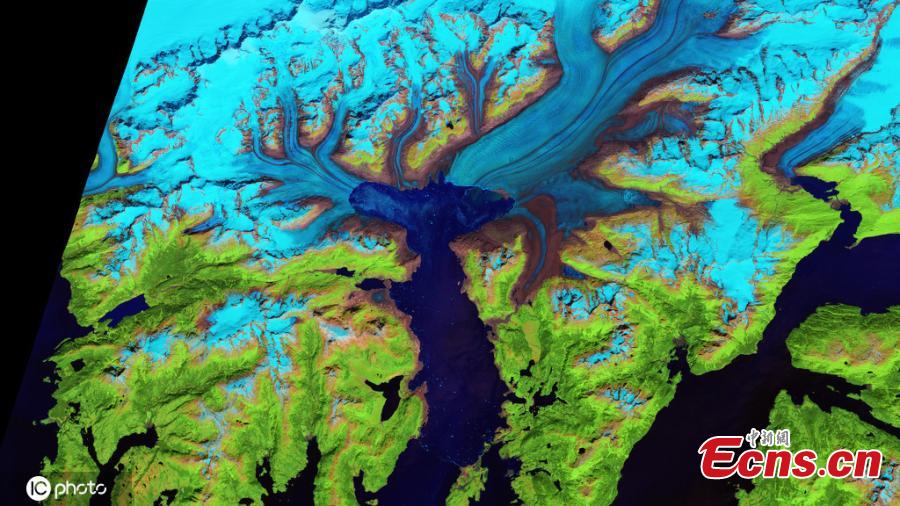 Taken in July 2014, this false colour image, which was taken by the Operational Land Imager on a satellite, shows the retreat of the Columbia Glacier in Alaska. (Photo/IC) 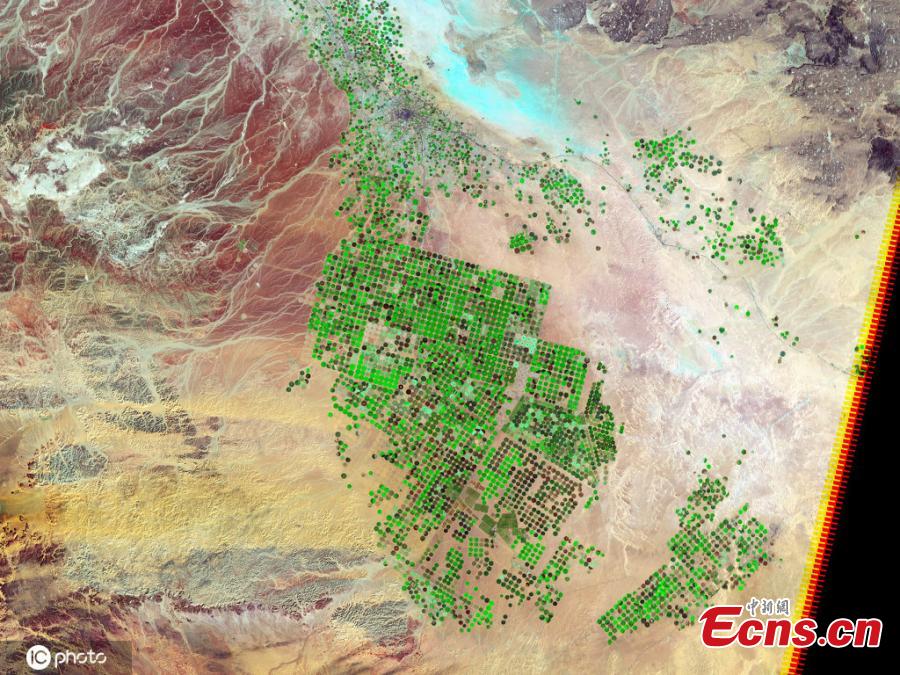 This shot, captured in February 2012, shows the site of an underwater volcanic eruption near the fishing village of La Restinga on El Hierro in the Canary Islands. The scene was captured by the Advanced Land Imager (ALI) aboard the Earth Observing-1 (EO-1) satellite. (Photo/IC)