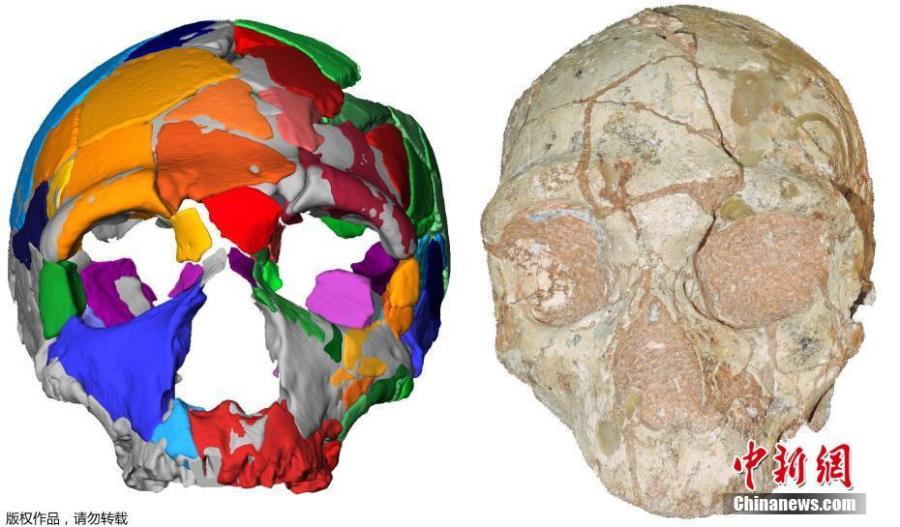 Photo shows a reconstruction and computer model of part of a skull named Apidima 2, discovered in a Greek cave. (File photo/Agencies)

A 210,000-year-old skull has been identified as the earliest modern human remains found outside Africa, putting the clock back on mankind's arrival in Europe by more than 150,000 years, researchers said July 10, 2019.

The Apidima 1 partial cranium fossil, right, with a piece of rock still attached, and its digital reconstruction from a posterior view, middle, and a side view, left. (File photo/Agencies)

The skull named Apidima 1 makes it by far the oldest modern human remains ever discovered on the continent, and older than any known Homo sapiens specimen outside of Africa. (Photo/Agencies)