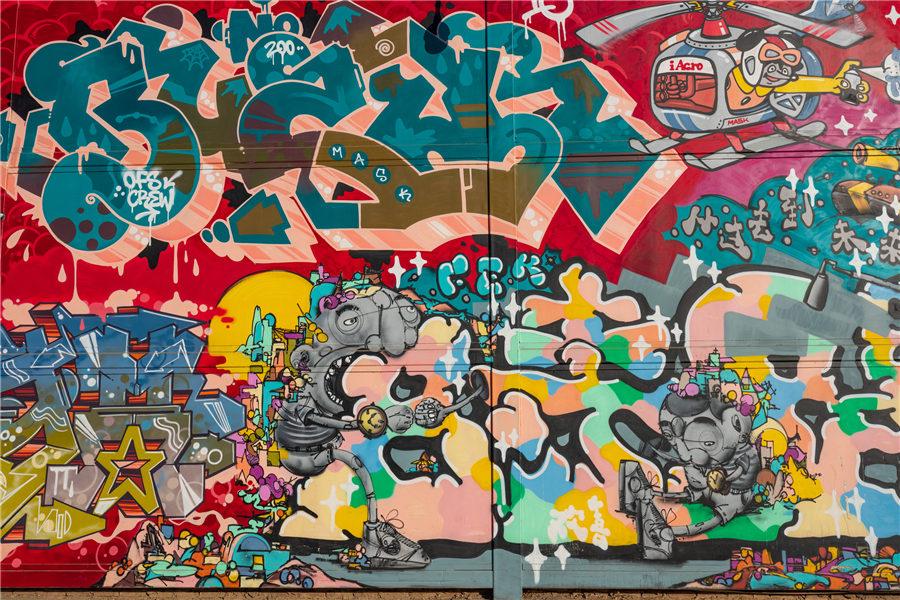 The 798 zone has transformed from artists' enclave to international hub of the arts. (Photo/China Daily)

Editor's Note: This year marks the 70th anniversary of the founding of the People's Republic of China. This is part of a series looking at the significant developments in various fields as the country increases its interaction with the world.

The smokestack rises behind the building's refaced red stucco facade studded with black-grille windows, a remnant of the original factory that points to the area's industrial roots.

The ground floor walls of the newly renovated museum in Beijing have also been demolished, leaving only supporting columns and glass wraparounds that allow visitors to see the various activities throughout the complex.

"It's about making more connections, about tearing down walls," Philip Tinari, the director and CEO of the UCCA Center for Contemporary Art, told China Daily.

The museum lies at heart of the capital's 798 Art Zone and its latest developments reflect in many ways the area's transformation from artists' enclave to international hub of the arts. For many in the arts community, the zone is now considered a beacon of Chinese contemporary art's rise as a globally significant phenomenon. What is China's most celebrated art district is also becoming symbolic of a growing confidence and influence of Chinese cultural identity. 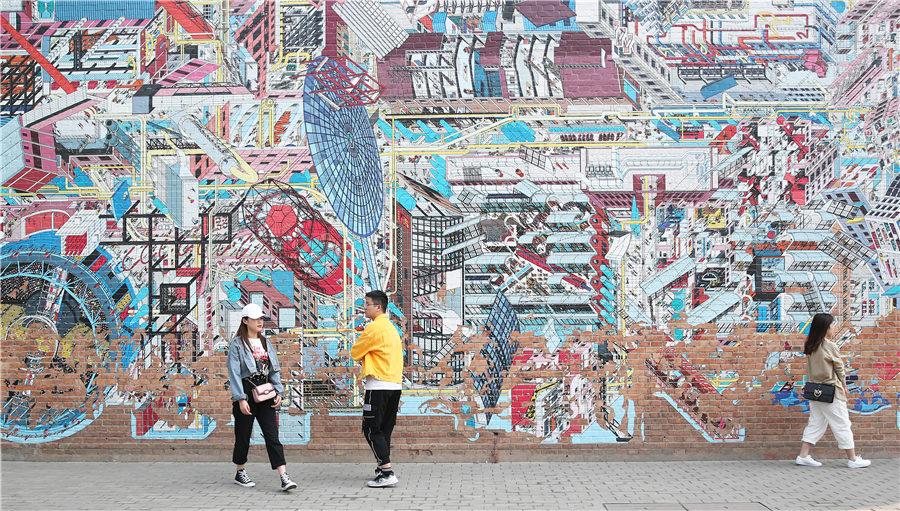 The 798 zone has transformed from artists' enclave to international hub of the arts. (Photo/China Daily)

The zone "started out as a place where artists in Beijing could get access to affordable studio and display spaces that had previously been used to house industry ... 798's status as an international art hub came about largely as a matter of happenstance and location rather than careful long-term planning", said Paul Gladston, professor of contemporary art at the University of New South Wales in Sydney, Australia. "It has though spawned numerous government and privately supported art districts across China that, among other things, support urban development and the development of cultural industries ...The symbolic significance of 798 as a conspicuous marker of China's renewed cultural openness nevertheless remains," Gladston said.

Since it first gained prominence for its community of artists in the early 2000s, the 798 Art Zone in the Dashanzi area of Chaoyang district has grown to cover nearly 300,000 square meters, including more than 500 art studios, galleries, institutions and other related establishments from 25 countries and regions, according to the local administrative committee.

The increasing commercialization of the zone, with its restaurants, cafes, bookshops and retail outlets, has also helped make it one of the top attractions in the city. 798's status as an international art hub came about largely as a matter of happenstance and location. (Photo/China Daily)

The zone adopts a collaborative, "government-guided, enterprise-oriented" approach to develop its art institutions, which UCCA's Tinari said have evolved into the successful management of a cultural district that is the envy of many Chinese cities trying to repurpose their industrial infrastructure.

Wang Yanling, head of the Beijing Sevenstar Huadian Science and Technology Group, which runs the zone, said its hosting of the highest concentration of contemporary art institutions in China offers an unmatched platform for Chinese influence on the field's international presence, with Beijing now one of the world's top five cities known for the art form.

The zone attracted more than 8.08 million visitors from home and abroad last year alone, with over 130 heads of state and other dignitaries visiting it by the end of April, Wang told China Daily.

"The 798 Art Zone is a cultural pillar of support, with the growing global influence of Chinese contemporary art and its rising role in the dialogue between East and West," he said. 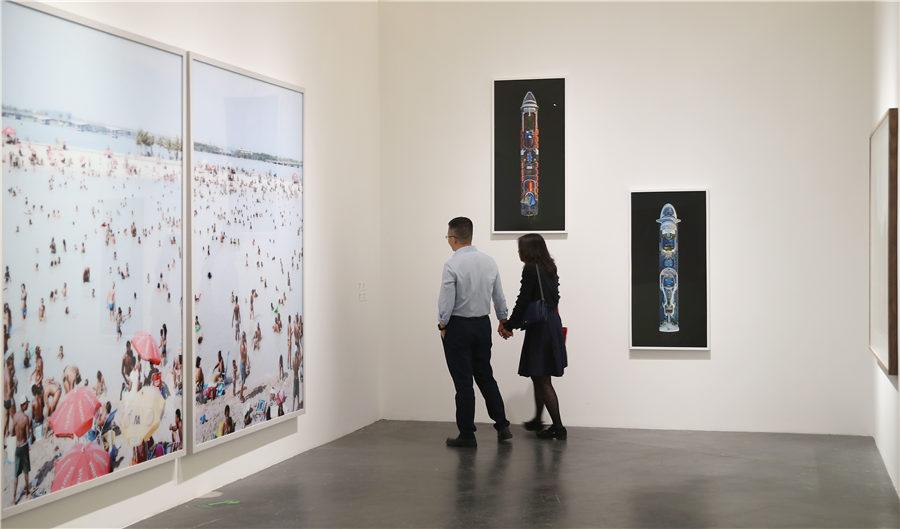 798's status as an international art hub came about largely as a matter of happenstance and location. (Photo/China Daily)

Tinari, whose UCCA center has grown to about 1,400 staff since its founding in 2007 and is one of the largest institutions of its kind, said the zone plays a key role in the global impact of Chinese contemporary art.

At the Art Basel Hong Kong international art fair, for example, more than 60 percent of Chinese galleries which present in the top annual event hail from the zone, Tinari said.

"If you look at the global art market, China has actually a very huge piece of the pie, like right there with some of the major international centers. What's interesting about Chinese contemporary art is that it's not the flavor of the month anymore. It definitely went through that period, in the late 1990s and early 2000s ... That's not where we are anymore," Tinari said.

Professor Gladston, who has written extensively on the subject, said "two of the biggest changes in China's contemporary art scene in recent decades are, on the one hand, the establishment of contemporary Chinese art as a globally significant phenomenon, culturally, socially and politically, and, on the other, an increasing confidence among Chinese artists in asserting specifically Chinese cultural identities". The 798 zone is an important stop for anyone who wants to understand the global place of Chinese contemporary art. (Photo/China Daily)

One of that phenomenon's key issues is "the associated shift of cultural, economic and political power from the north and west to the east and south as part of globalization", Gladston said. His new book, Contemporary Chinese Art, Aesthetic Modernity and Zhang Peili: Towards a Critical Contemporaneity, looks at the work of Chinese artist Zhang Peili and his links with the Pond Association art group based in Zhejiang's provincial capital Hangzhou, covering how the "codification of a critical aesthetic in China differs from and precedes that developed in relation to Western (ized) post-Enlightenment discourses".

The role of Chinese art in expanding the country's influence has also "certainly helped to reinforce the standing of Chinese culture on the world stage and the perception that Western cultural power is in some sense waning", he said.

Qiu Zhijie, dean of the School of Experimental Art at the China Central Academy of Fine Arts and professor at the School of Intermedia Art at the China Academy of Art, told China Daily that Chinese contemporary artists who have made major impact via international art biennale events, such as Cai Guoqiang, who won the 48th Venice Biennale International Golden Lion Prize, are still concentrated in a select group.temporary art.

"The 798 zone is an important stop for anyone who wants to understand the global place of Chinese contemporary art," he said.

At the same time, the transition toward a "global playing field" meant that "Chinese artists won't really benefit just from being Chinese", Tinari said.

Different from the first or even second generation of contemporary artists who were known for being far from the mainstream of society, the current generation of practitioners benefit from having a "career path" in front of them, with the art academies producing experimental artists and comprehensive art management courses helping to form "a much more professional scene", Tinari said. 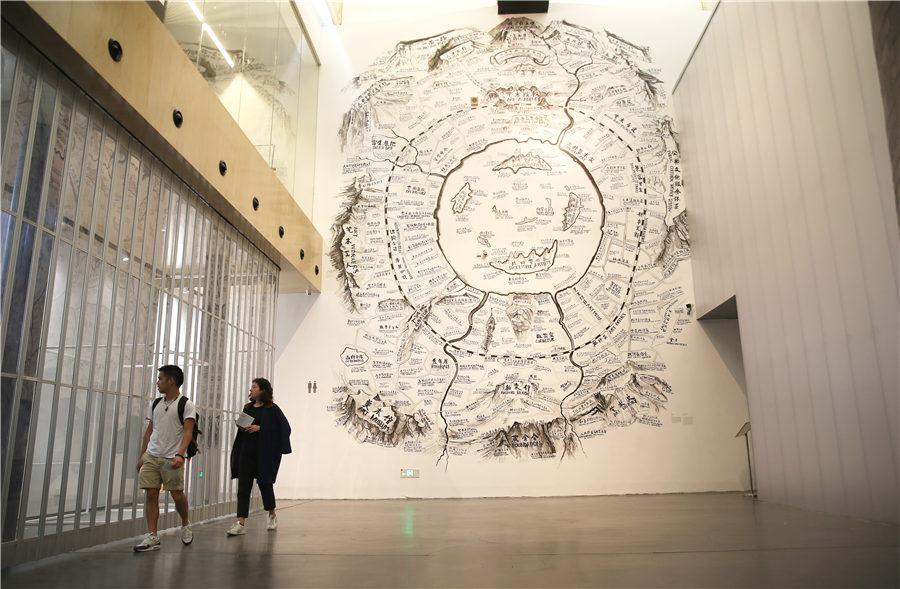 His center is now presenting what is touted as "the most significant exhibition of work by Pablo Picasso (1881-1973) ever to take place in China", including 103 works drawn from the collection of the Musee national Picasso-Paris, tracing the development of the Spanish master from his childhood to middle age. The exhibition, which runs till September, is expected to draw huge interest from an increasingly savvy Chinese audience.

"We believe that the story of Picasso is relevant to our audience in China, as individuals here continue to answer the challenges of creativity, originality, and innovation," according to Tinari. 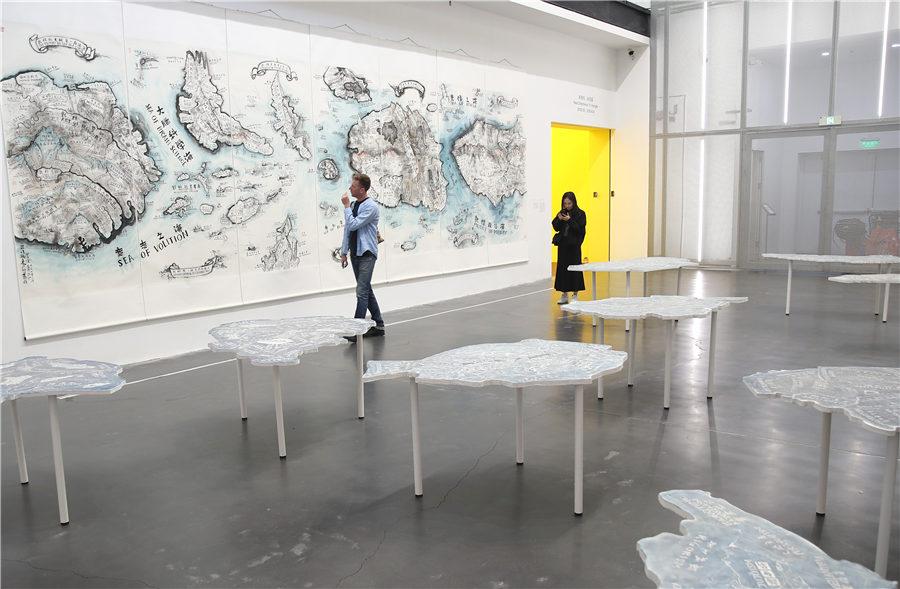 Zhang Mu, 36, from Sichuan Province, is one of the artists who has exhibited in various domestic venues but still believes in the leading role offered by the 798 Art Zone in the global contemporary art scene. His two-week exhibition at the Space Zero gallery ending late April explored interactions with the zone's visitors, applying them to oil renditions that reflected cartographic and landscape abstracts.

"As an international art hub, there may be no better platform than 798," Zhang said. 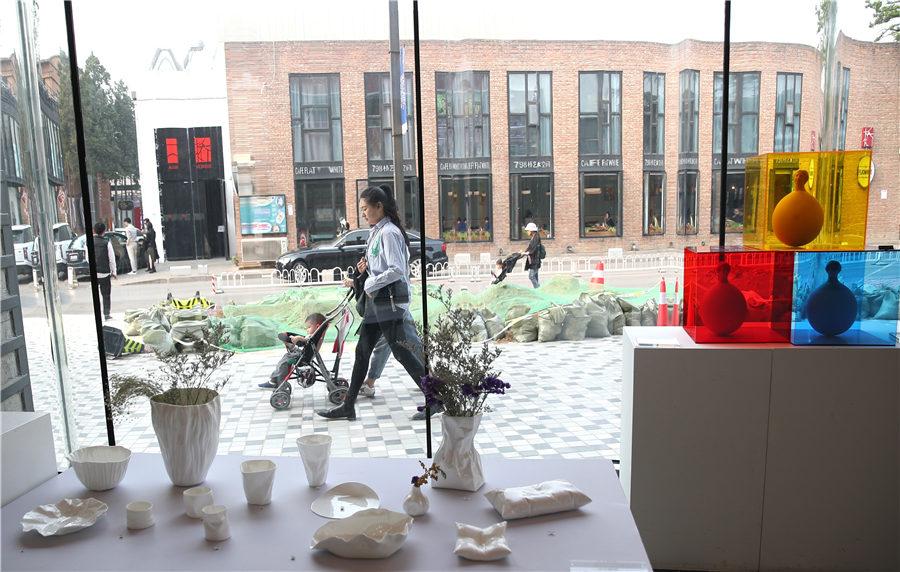 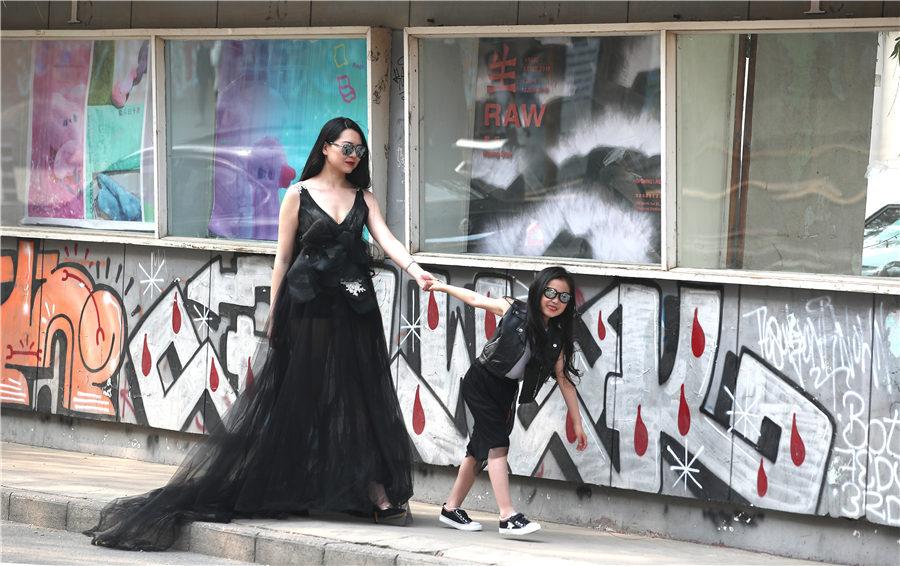