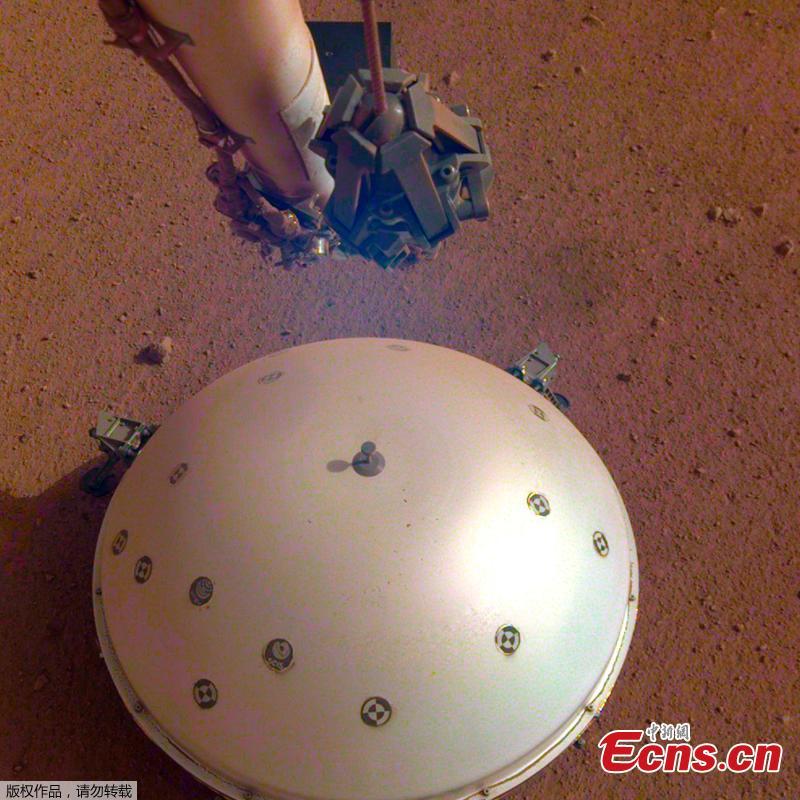 This image, taken March 19, 2019 by a camera on NASA’s Mars InSight lander, shows the rover's domed Wind and Thermal Shield, which covers its seismometer, the Seismic Experiment for Interior Structure, and the Martian surface in the background. (Photo/NASA)

NASA's robotic probe InSight has detected and measured what scientists believe was a "marsquake", marking the first time a likely seismological tremor has been recorded on another planet. The faint rumble was picked up by the probe's sensors on April 6, 2019 - the 128th Martian day, or sol, of the mission. 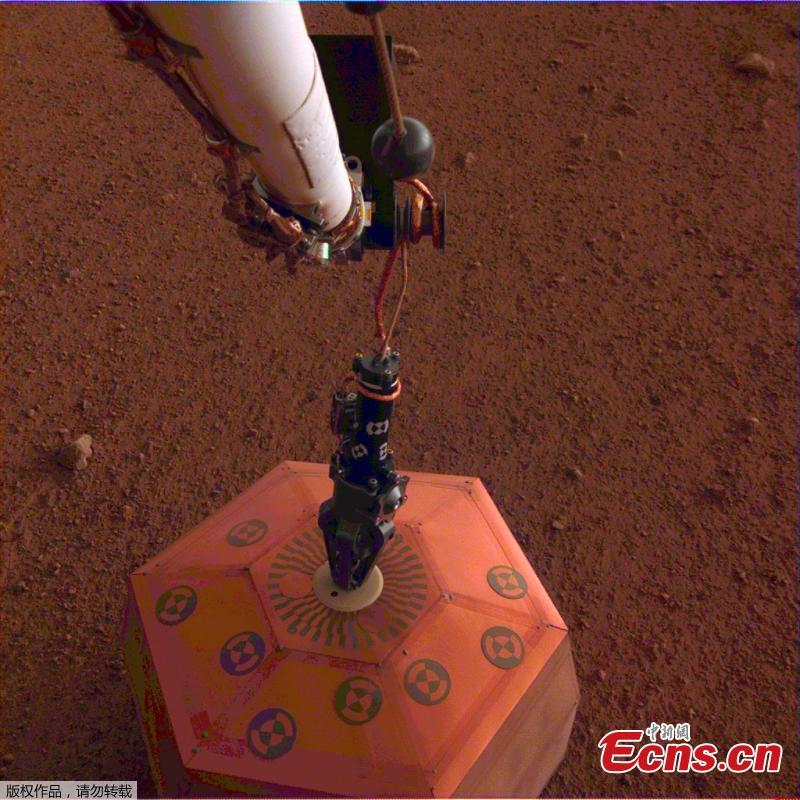