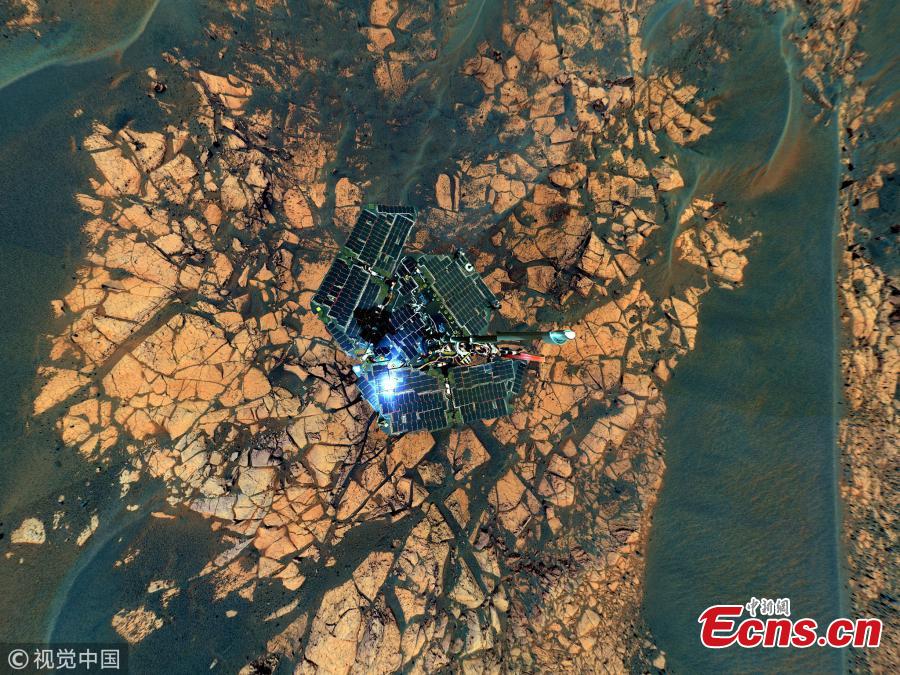 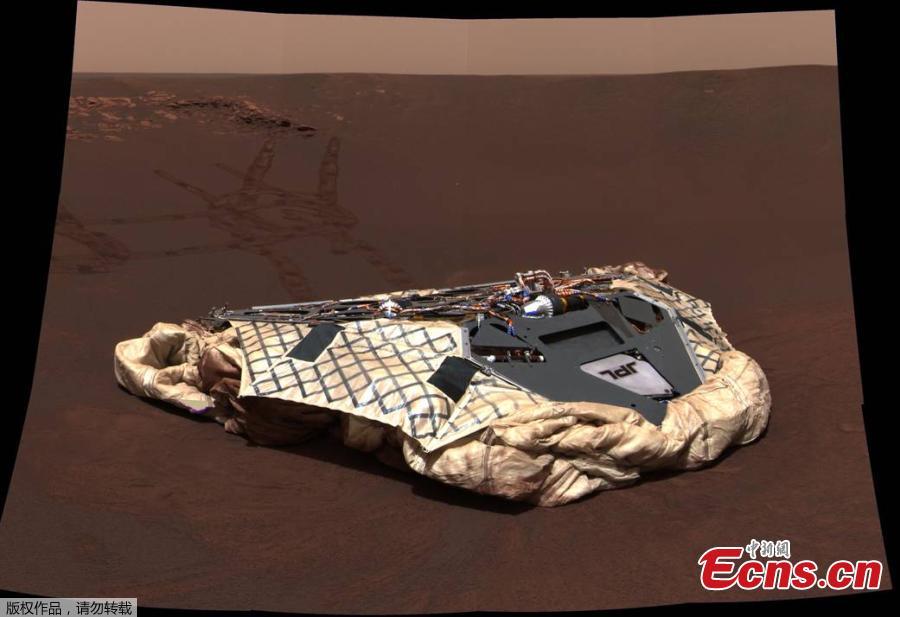 The golf-cart sized Opportunity rover bounded onto the surface of Mars on Jan. 24, 2004. (Photo/VCG) 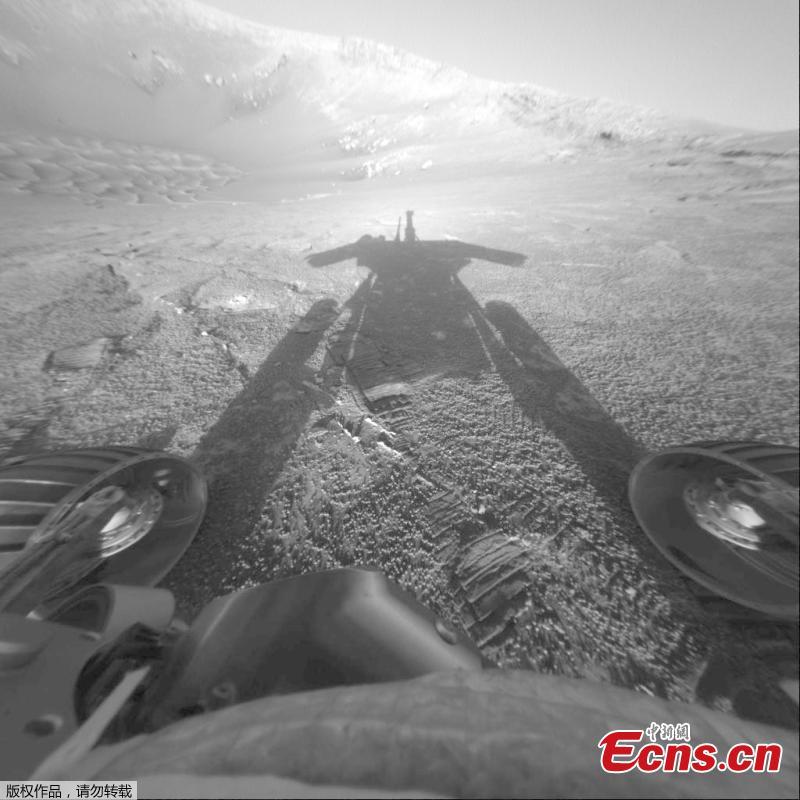 The image of NASA's Mars Exploration Rover Opportunity's shadow was taken on July 26, 2004, by the rover's front hazard-avoidance camera as the rover moved farther into Endurance Crater in the Meridiani Planum region of Mars. (Photo/VCG) 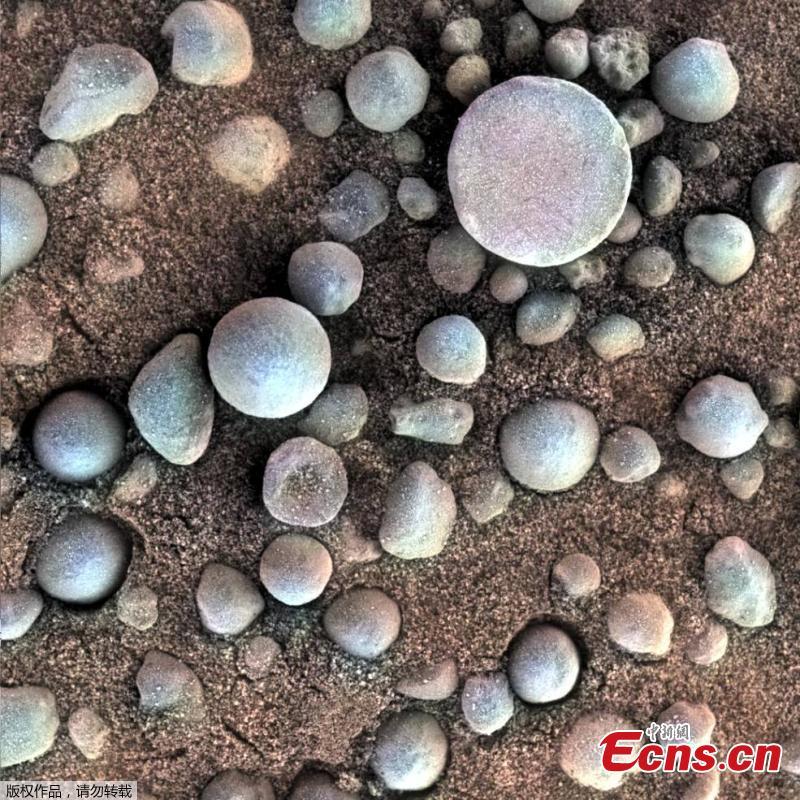 These tiny spherules pepper the sandy surface in this 3-centimeter square view of the Martian surface. Opportunity took this image while the target was shadowed by the rover's instrument arm. (Photo/VCG) 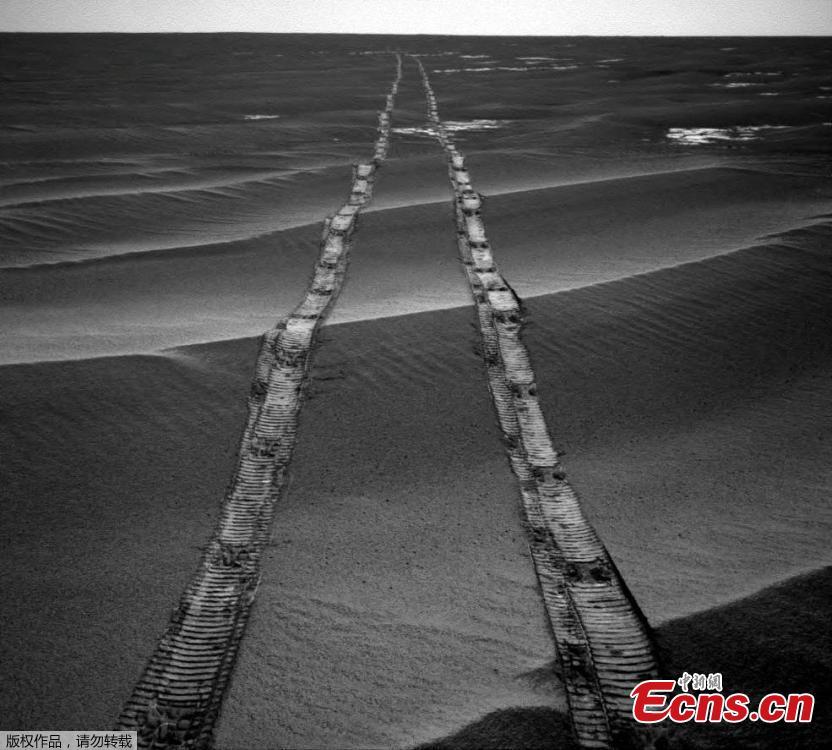 Opportunity photographed its tracks in 2010. (Photo/VCG) 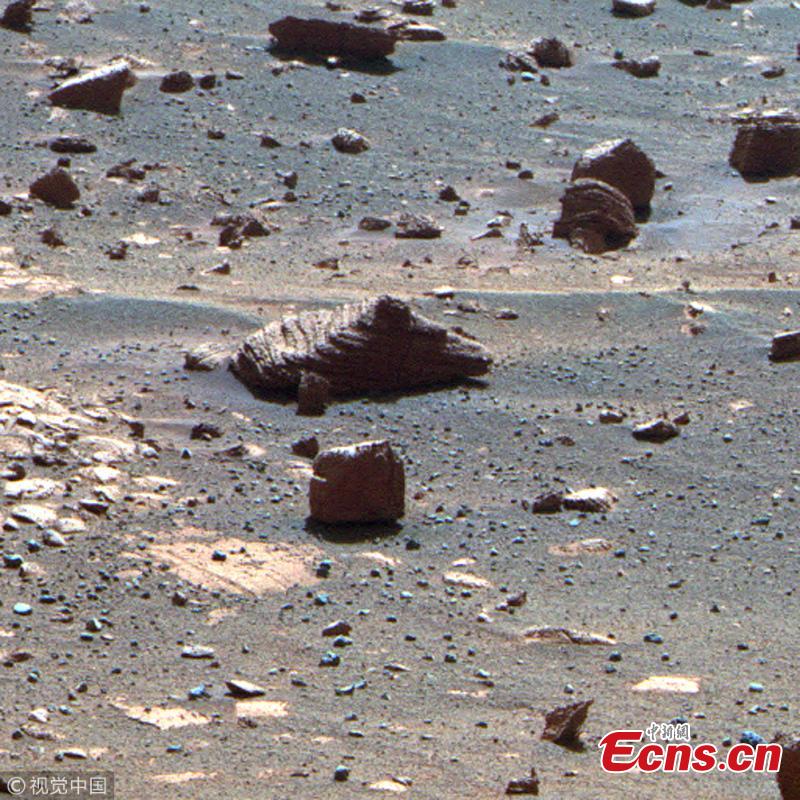 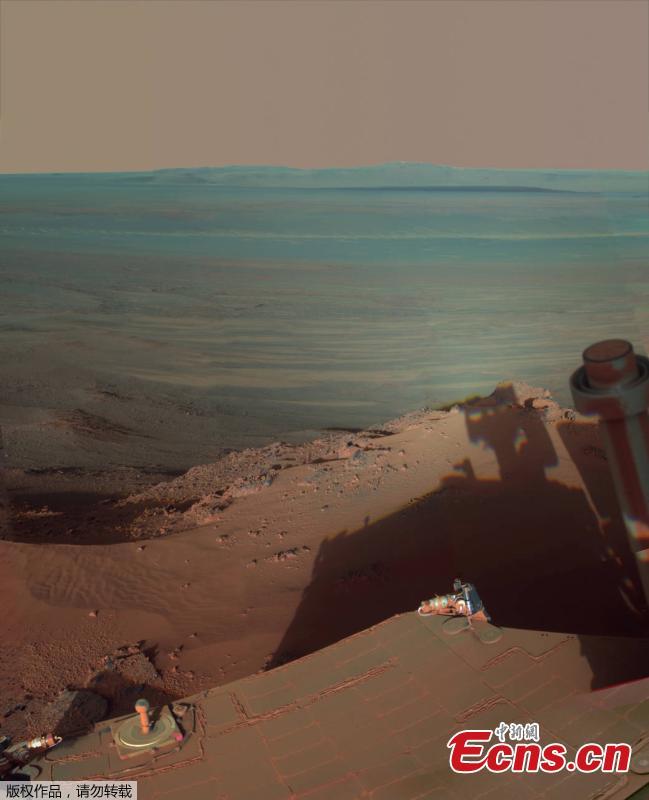 Opportunity catches its own late-afternoon shadow in this dramatically lit view eastward across Endeavour Crater on Mars, May 22, 2012. he scene is presented in false color to emphasize differences in materials such as dark dunes on the crater floor. (Photo/VCG) 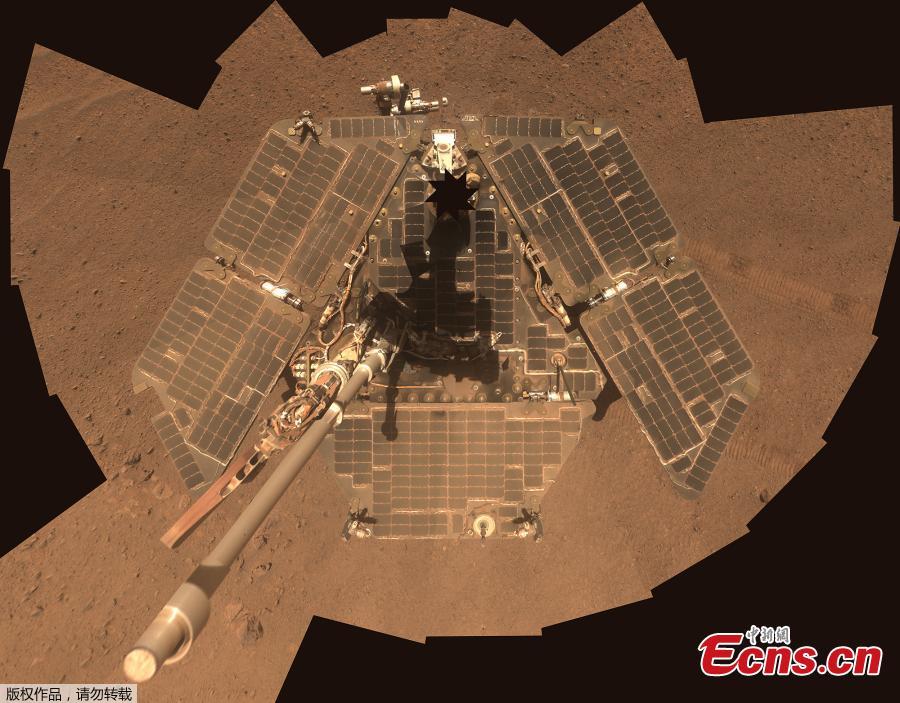 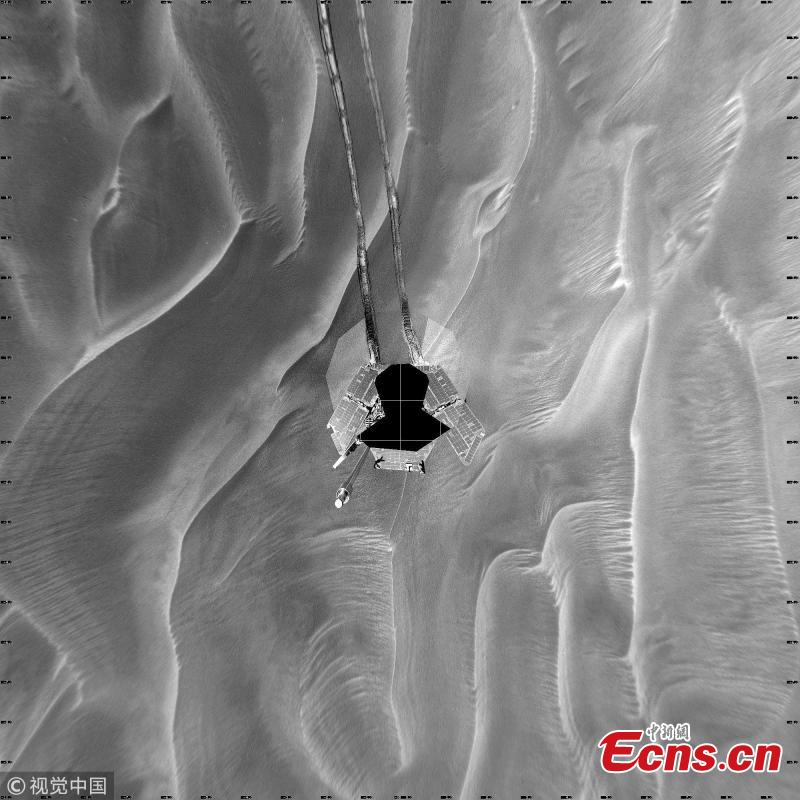 Mars if full of dunes. (Photo/VCG) 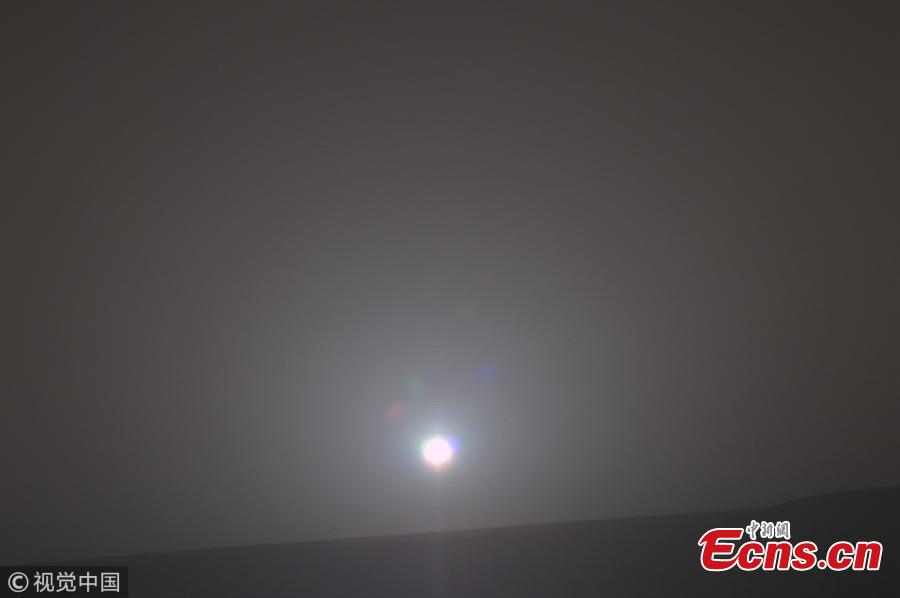 A beautiful sunrise color Pancam image was taken on the morning of Feb. 15, 2018. (Photo/VCG)