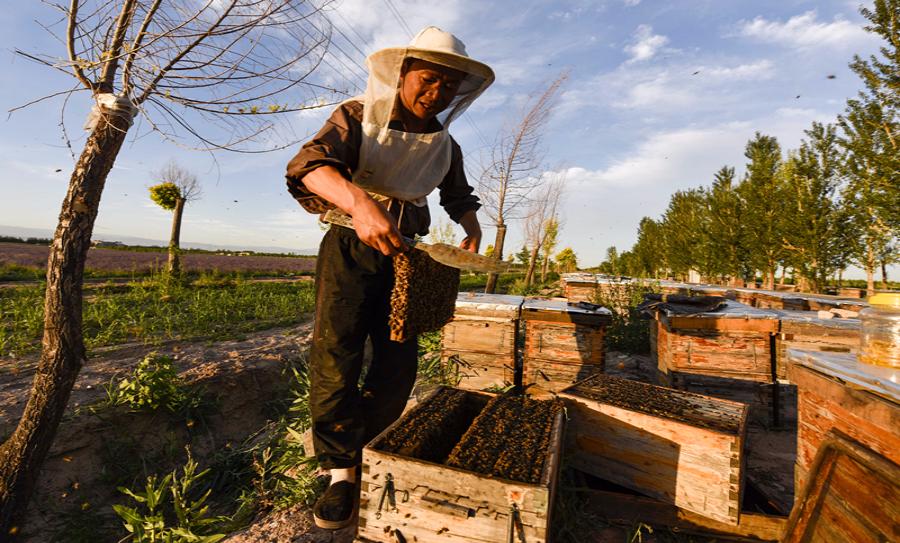 Zhou Xiaotong cleans a frame from one of his beehives. (Photo/Xinhua)

Hundreds of beehives line a road beside a lavender field in the Ili River valley in northwestern China's Xinjiang Uygur autonomous region. It's harvest season for lavender, and the valley is filled with the sweet smell of success.

It's still dark at 8 am and the bees, which use the sun to navigate, have not yet begun their daily toil. But Zhou Xiaotong and his wife, Zhou Heying, have been working for three hours, and they won't go home until their bees return to their hives at 11 pm.

Lavender has been grown in the valley since the 1960s. Today, 90 percent of China's lavender fields are in Ili. Only Provence in France and Japan's Furano have more lavender fields.

The purple flower blooms from May to July. At the height of the flowering season, Zhou's bees can produce 5 metric tons of lavender honey that he can sell for 300 yuan ($45) a kilogram, three times the price of ordinary honey. 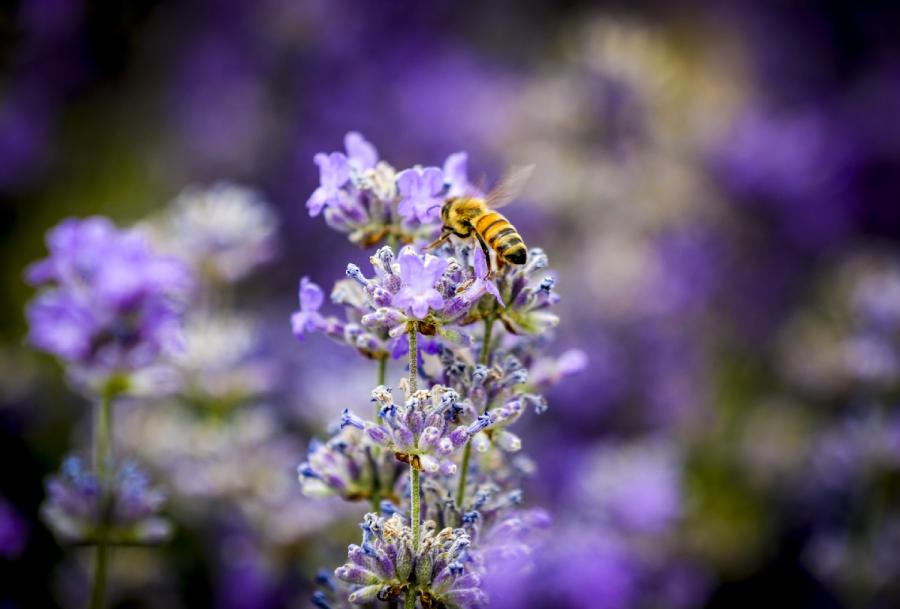 But this windfall does not come easily, and the thin, wiry man must stoop down and examine his hives every 15 minutes.

"The honeycombs change rapidly, and I must remove the excessive beeswax in time," he said. 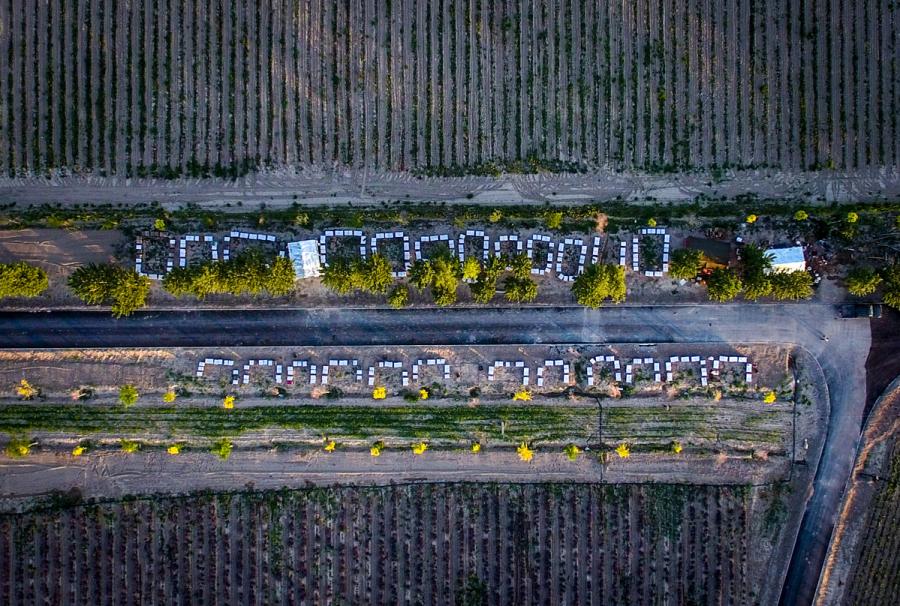 The couple's 650 beehives are scattered tidily along a road running through lavender fields. (Photo/Xinhua)

Persistence pays off in the end, and Zhou attributes his success to diligence. To guarantee the quality of his honey, he only harvests two or three times a month, while other apiarists do it every two or three days.

Bees and keepers feed each other, Zhou said, and this means he must show his bees respect. This respect was put to the test in the 1990s, when the price of honey plummeted and many beekeepers quit and took other jobs. But Zhou could not bring himself to sell his "little friends". 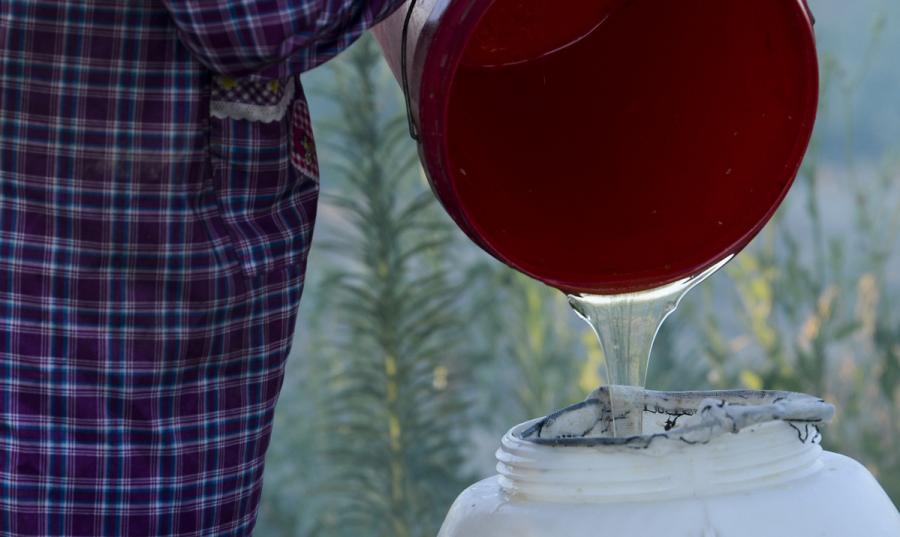 Zhou has been keeping bees for over 30 years. He started out with just 15 beehives and now has 650. In the old days, when the lavender season finished he would move his colony into the mountains with a donkey and cart. Today he uses a truck to transport his 30 million workers.

Much has changed for Zhou in the three decades that he has kept bees, but one thing remains constant－his passion to spread the fragrance and sweetness of Ili across China, and beyond. 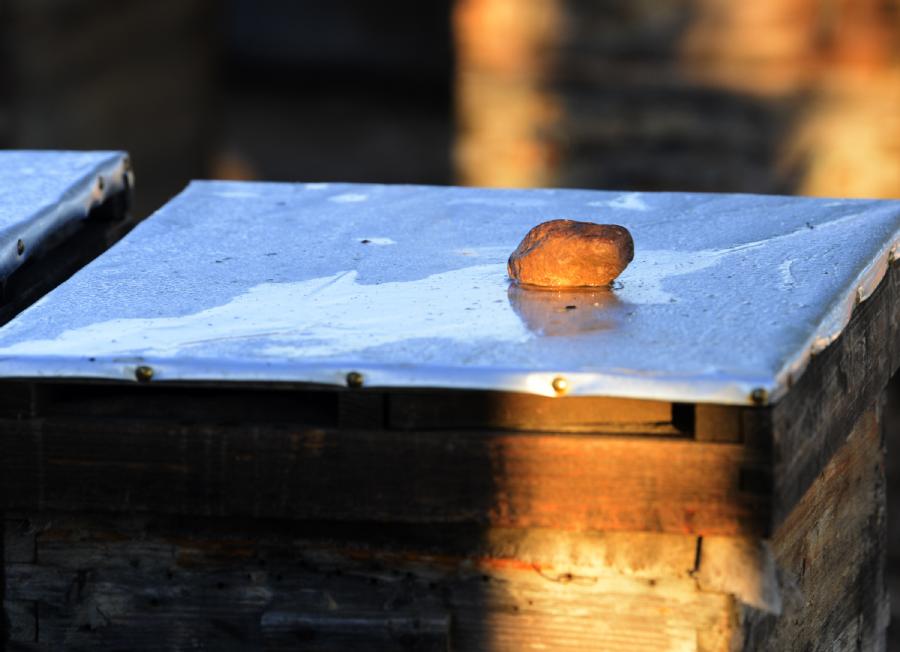 Zhou Xiaotong puts a stone on top of every beehive to weight it down. (Photo/Xinhua) 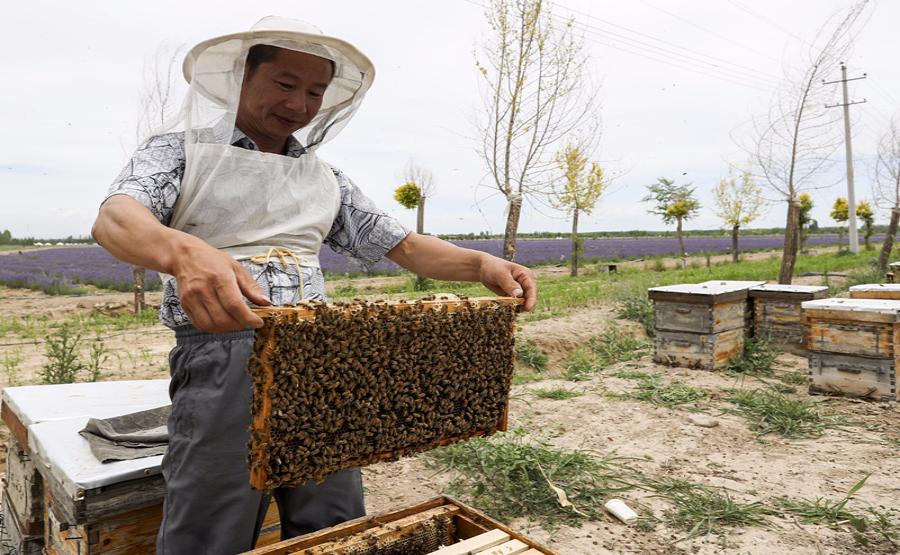