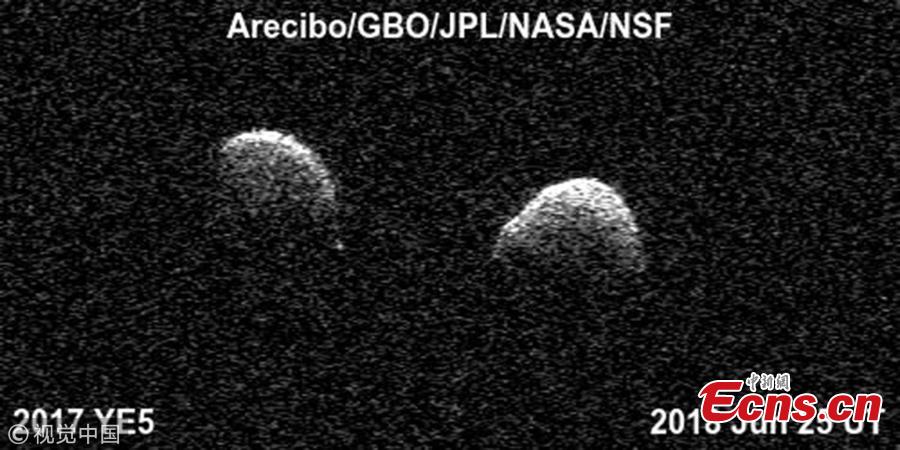 Bi-static radar images of the binary asteroid 2017 YE5 from the Arecibo Observatory and the Green Bank Observatory on June 25. (Photo/VCG)

The near-Earth asteroid 2017 YE5 was first spotted by astronomers on December 2017 but little was known about the space rock. One year later and on June 21, 2018, the asteroid made its closest approach to the planet for the next 170 years. When the asteroid approached within 3.7 million miles of Earth, NASA was to reveal some of its incredible physical proprieties. NASA’s astronomers at the Goldstone Sola System Radar (GSSR) in California determined YE5 was not one, but two asteroids ? a so-called binary system.GSSR observations revealed two very distinct shapes dancing around one another in space. NASA’s new photographs of the binary system offer the most detailed observations yet of this unusual phenomenon. 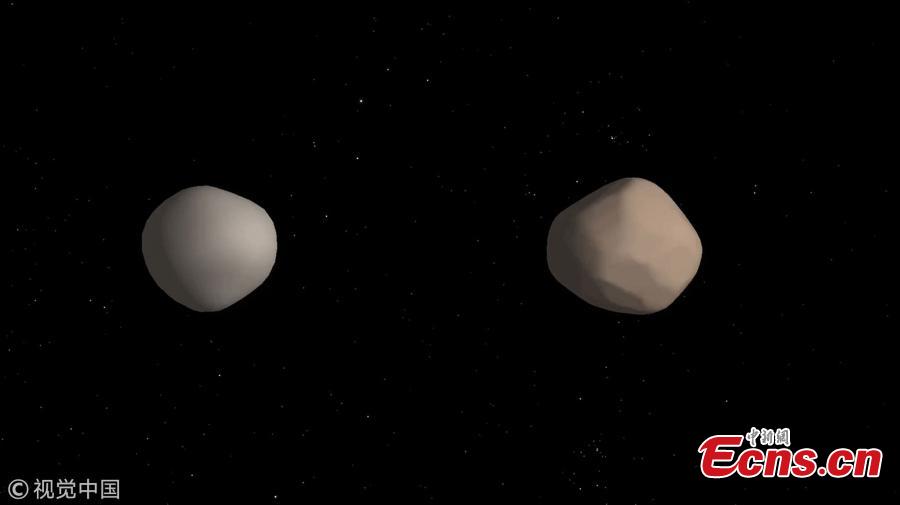 Artist's concept of what binary asteroid 2017 YE5 might look like.(Photo/VCG) 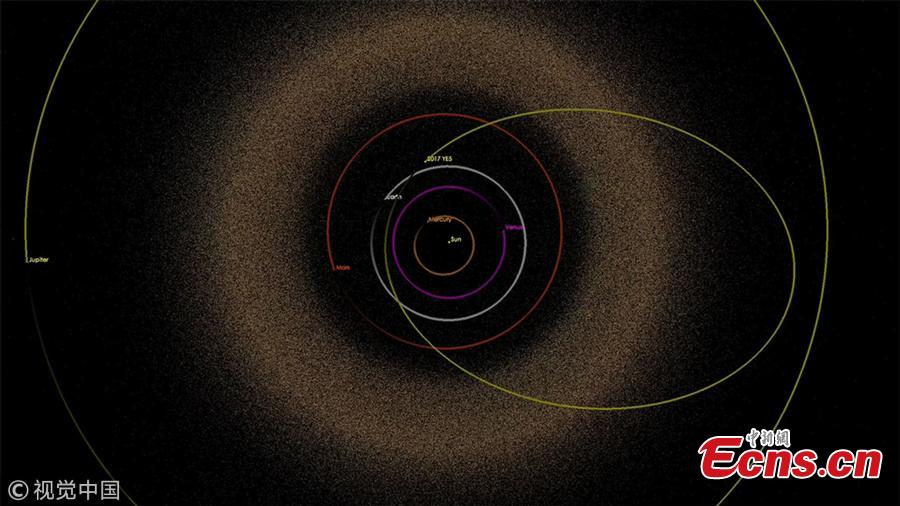 Artist's illustration of the trajectory of asteroid 2017 YE5 through the solar system.(Photo/VCG)