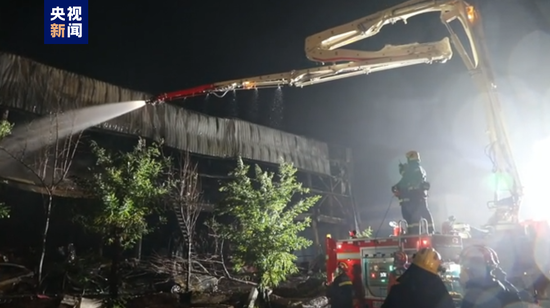 A fire truck works at the site of the plant in Anyang City, central China's Henan Province. (Photo/Screenshot of CCTV)

(ECNS) -- A fire broke out at the plant of a trading company in Anyang City, central China's Henan Province at 16:22 Beijing Time on Monday, killing 36 people, according to local authorities.

By Tuesday morning, two people were still missing and another two were sent to a hospital.

The fire has been under control.

Suspects of the accident have been taken into custody, according to local media.