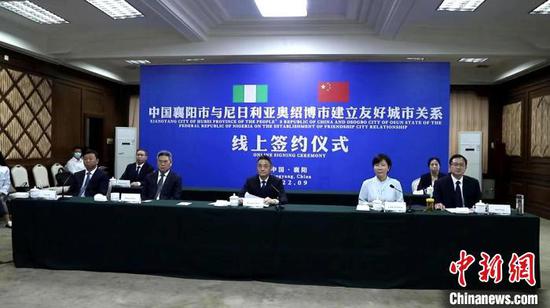 Osogbo is the first official sister city of Xiangyang in Africa.

Osogbo and Xiangyang have a long history of exchanges and cooperation. As early as 2013, the two sides signed a medical cooperation agreement.

They vowed to promote the China-Africa friendship and boost development under the Belt and Road Initiative.