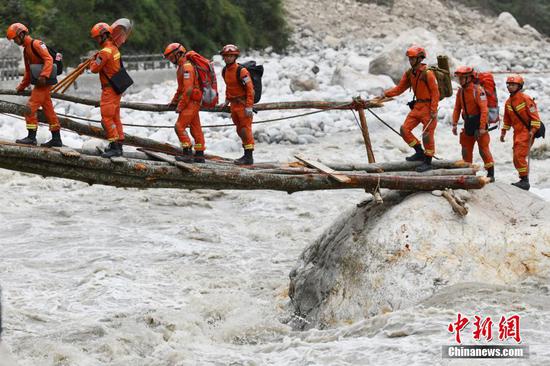 (ECNS) -- The death toll from a magnitude 6.8 earthquake that hit Luding County in southwest China’s Sichuan Province on Monday has risen to 72 by Tuesday evening, according to a press conference held on Tuesday.

Among the dead, 38 people were killed in Luding in the Ganzi Tibetan autonomous prefecture, and the other 34 were in Shimian County of neighboring Ya'an city.