One year on, Afghanistan still a mess after U.S. military withdrawal 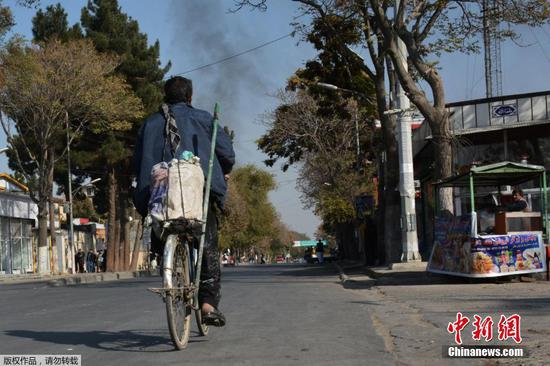 (ECNS) -- The U.S. withdrawal from Afghanistan on Aug. 15 last year put an end to the 20-year-long war in Afghanistan, but the destruction caused by U.S.-style “freedom and democracy” still prevails one year later. Almost every Afghan is now living below the poverty line, Foreign Policy cited United Nations data as saying.

The U.S. flagrantly launched a war in Afghanistan in the name of "anti-terrorism" and advocated itself as a friend of the Afghan people and provider of freedom and peace. But in fact, all it sought was securing its geopolitical interests.

The U.S. sought to overturn the regime through military means and planted "American democracy" in Afghanistan to serve its global hegemony. However, this seriously violated the right of the Afghan people to choose their own development path.

U.S. President Joe Biden once publicly argued that the war in Afghanistan was not to rebuild a distant nation. What the country once promised, including peace and stability, failed to materialize in Afghanistan.

Brown University's Costs of War Project pointed out that more than 174,000 people died directly because of the war in Afghanistan, of whom more than 47,000 were civilians.

According to the United Nations High Commissioner for Refugees (UNHCR), the nearly 20-year war in Afghanistan forced 2.6 million Afghans to flee abroad and displaced 3.5 million others.

Besides, the U.S.’ irresponsible withdrawal resulted in many casualties among innocent Afghan civilians.

In addition, Biden signed an executive order to divide the $7 billion assets in the U.S. belonging to Afghanistan's central bank, with half of the money going to a fund for 9/11 victims and the other half to an account of the Federal Reserve Bank of New York to "help the Afghan people," while making clear the assets would not be returned to the Taliban authorities.

The U.S. government's blatant plundering of the Afghan people's property has made the Afghan economy worse and exacerbated the humanitarian disaster in the country.

Meanwhile, the U.S. itself has paid a lot for the war. According to the Associated Press, the U.S. has spent $2.26 trillion on the war, which means over $300 million per day on average, and nearly 2,500 U.S. soldiers died in the conflict, with over 20,000 injured.

U.S.-style “democratic” transformation in Afghanistan in the past two decades was a farce, and its withdrawal has laid bare the U.S.’ lie of “democracy and freedom”.

The U.S. should reflect on its policy of wanton military intervention, stop interfering in other countries' internal affairs under the pretext of democracy and human rights and undermining the peace and stability of other countries and regions.