Comicomment: Fly high or fall into an abyss? 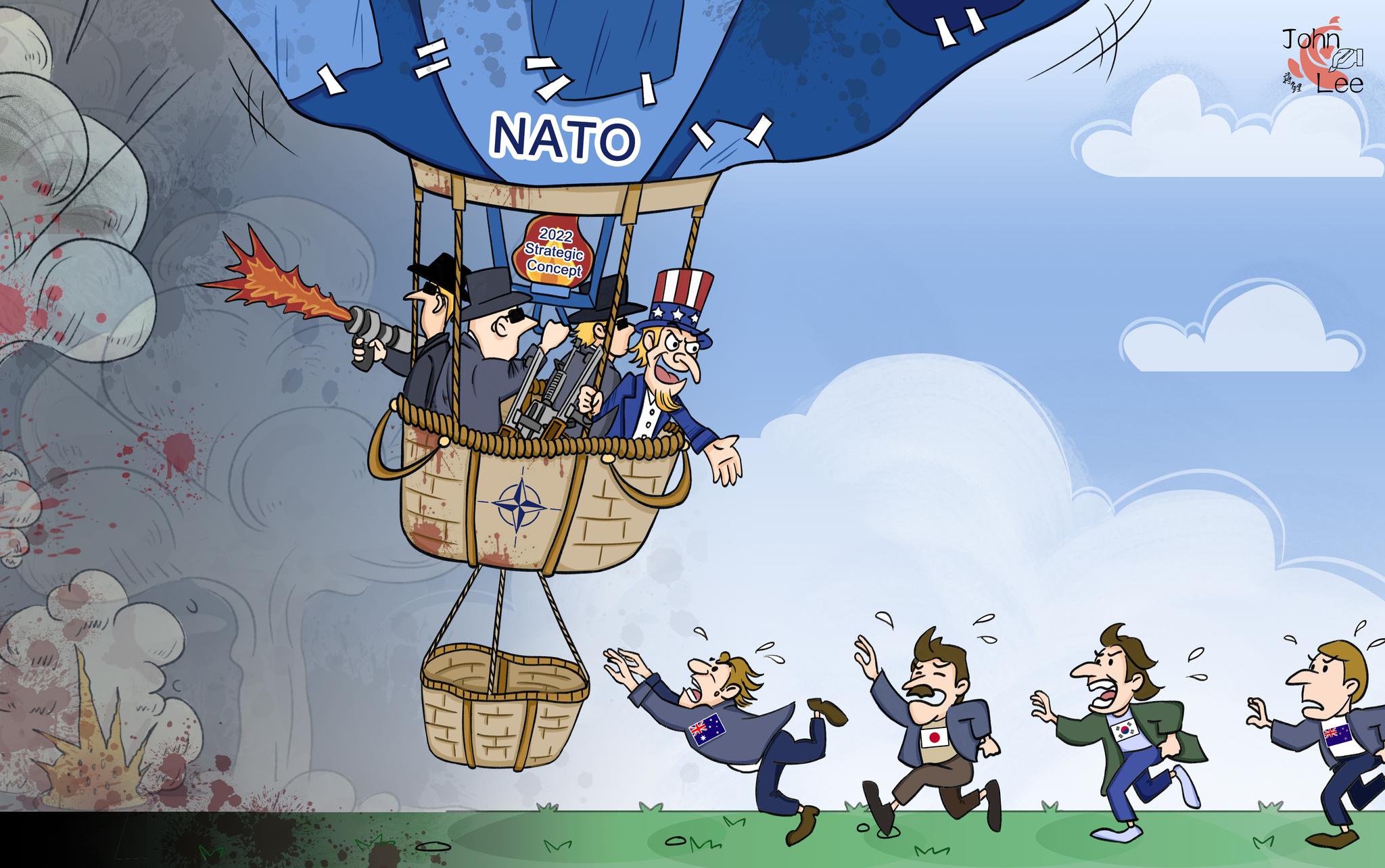 (ECNS) -- This was the first time Australia, Japan, South Korea and New Zealand were invited as special guests and attended a NATO summit in Spain.

While claiming to be a defensive organization, NATO has been constantly making trouble and creating confrontation in reality. While asking other countries to abide by the basic norms governing international relations, NATO has grossly waged wars against sovereign countries and fired shells indiscriminately that led to civilian deaths and displacement.

NATO's rounds of expansion eastward have plunged Europe into crisis. Now the eyes of the clique have turned to the Asia-Pacific. Will the four countries fly high after being seated in the dangerous balloon basket? Or fall into an abyss? (John Lee)