(ECNS) -- As the Beijing 2022 Winter Olympics continues, many foreign athletes have shared their happy time in Beijing on social media, showing their affection for the ongoing sports feast.

A video posted on Saturday by Hilary Knight, an American ice hockey forward, of her teammates making a Chinese lantern while sitting on the couch went viral on Instagram. She also expressed her love for the opening ceremony of the Beijing 2022 Winter Olympics last Wednesday. 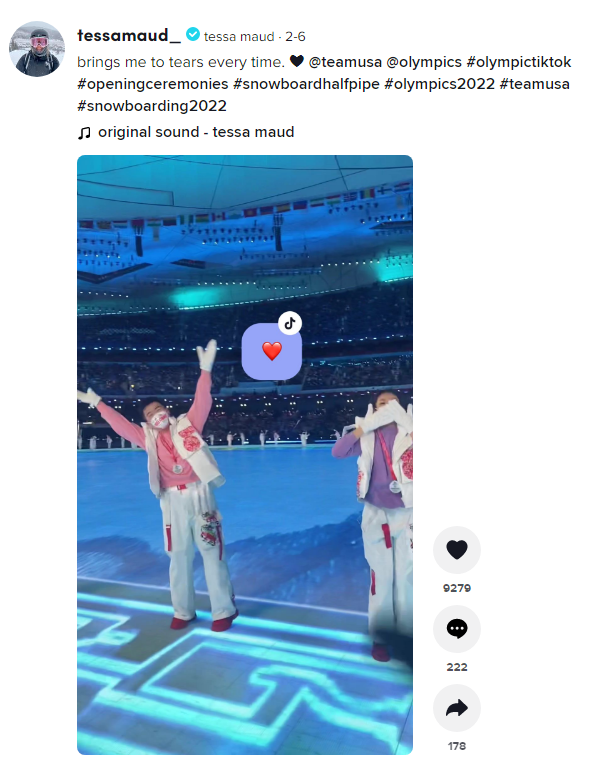 Tessa Maud posted a video on TikTok telling the volunteers "brings me to tears every time." (Photo from a screenshot on TikTok)

Kevin Bickner, an American ski jumper, posted a photo of him and Bing Dwen Dwen, the mascot of the Beijing 2022 Winter Olympics, before his game started on Saturday, noting “Got to chill with Bing Dwen Dwen before my event. Really cool dude!” 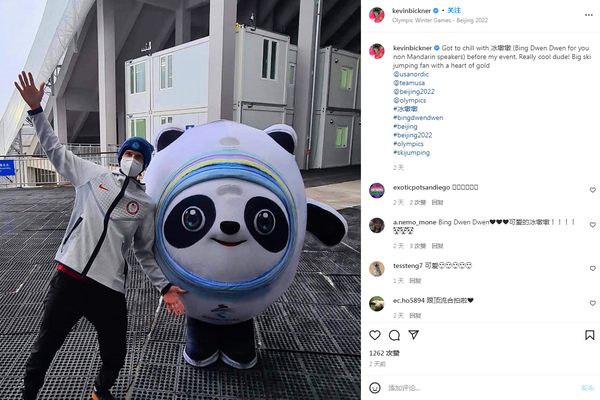 Kevin Bickner posted a photo of him and Bing Dwen Dwen on Instagram on Saturday. (Photo from a screenshot on Instagram)

After Nina O'Brien, an American alpine ski racer, was involved in a scary crash last Monday during the women's giant slalom race, she was immediately hospitalized and soon recovered from leg surgery. She posted photos last Friday on Instagram to thank Beijing and all doctors and nurses there who gave her the support that "has been truly mind blowing."

Spanish skier Thibault Magnin became popular as his video of him making somersaults before lying on his back and sliding from the Big Air Shougang went viral on Feb. 3. Magnin thanked his fans in Chinese for their support all the time. He also praised the safety protocols China has taken against COVID-19, saying they were really well done. "You actually feel really safe everywhere," he said.