A plane slides into a stand at Terminal 3 of Gonggar Airport in Lhasa, Tibet Autonomous Region, May 9, 2021. (Photo/China News Service)

(ECNS) -- With the Flight 3U8817 of Sichuan Airlines gliding into Stand 16 on Sunday, 10 newly built stands at Terminal 3 of Gonggar Airport in Lhasa, Tibet Autonomous Region were officially put in use.

The 10 Class-C stands are available for Airbus A319 and Boeing 737, with a total of 13 placed on the west side of the airport.

The new stands will further improve capacity and operational efficiency at Gonggar Airport during rush hours, laying a solid foundation for the next step of operations at Terminal T3, according to Tibet Autonomous Regional Administration of Civil Aviation Administration of China (CAAC).

A new air cargo station will open on Monday, the Administration said.

The over 30,000-square-meter cargo station is an auxiliary project of the reconstructed Lhasa Gonggar Airport terminal.

Compared with temporary cargo stations, the new features an increased number of goods channels at four and channels for bulk cargo.

The new station, designed to meet the cargo and mail throughput of 80,000 tons by 2025, will effectively enhance both freight capacity and service quality while greatly promoting the development of the air cargo market in Tibet, the administration concluded. 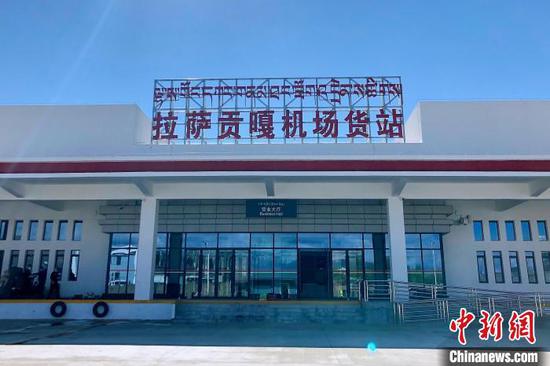