Is 'Xinjiang' a 'New territory'?

In the understanding of some scholars, “Xinjiang” is often misinterpreted as a “New Territory”. For example, James Millward(米华健), an important representative in the study of Qing Dynasty in North America, once came up with the view of “Manchurian colonialism”. Although this view is based on a redefinition of “colonialism”, applying Western academic concepts directly to Chinese history often makes people feels different from truth.

Is “Xinjiang” a “New Territory”?

It’s obviously a conceptual misdirection to deny the historical connection between Xinjiang and China based on the superficial meaning of the word “Xinjiang” and to think that it’s not necessary or natural for Xinjiang to be integrated to China. In the passage of time, all things may change on the surface, butwhether the nature of it will change at the same time needs to be judge carefully. If we want to avoid a superficial interpretation of “Xinjiang”, we should locate and define it in history.

If you look back, “Western Region”, the earlier and grander name basically covered the vast area of today’s Xinjiang. As an official place name, “Western Region” appeared in the Han Dynasty and was recorded in the Book of the Han Dynasty: Biography of the Western Regions. Before that, the northwest region was often called the northwest country of a certain place. Both the “West Regions” and the “Northwest Country” were closely related to the Central plains dynasty.

“Xinjiang” was used as a place name of northwest region first appeared in Qianlong period. Emperor Qianlong, known as the “ShiQuan Lao Ren”,whichmeanshe was proud of the 10 most important achievements of his life. Those achievements included subduing the Great and Small Jinchuan twice, subduing the Junggar twice, putting down the Great and Small Hezhuo rebellion in Southern Xinjiang, winning the Qing and Burma war, putting down the Taiwan Rebellion, winning the Annan war, and subduing Gorkha twice. “Xinjiang” as a place name was created in 1759, after the Junggar was subdued and the rebellion of the Great and Small Hezhuo was put down. It was used as a general name for the northern and southern areas of the Tianshan Moutain. The meaning of it was intended by Emperor Qianlong to show off his military exploits and to establish a new ruling order and administrative system to manage the old areas after the war.

In fact, there is another reason for the ambiguity of the word “Xinjiang”. “Xinjiang” not only refers to the northwest region, is also used frequently in the Southwest Yunnan, Guizhou and other ethnic minority areas in the past. However, to some scholars, it seems that every place where ethnic minorities gathered which was subdued by Qing Dynasty should be called “Xinjiang”. Obviously, it’s a false statement. To be precise, the definition of “Xinjiang” should be interpreted as “the original land newly returned”. Xinjiang is actually “the original land”, which has been under Chinese rule since the Han and Tang dynasties.

From Qianlong to the late Qing dynasty, “Xinjiang” and “Western Regions” were mixed in use, which is the feature of a transition period. It was not until the establishment of Xinjiang Province in 1884 and the implementation of the system of provincial administration that “Western Regions” was basically replaced.

Why should Xinjiang province be established?

In terms of geopolitical importance, Xinjiang is in the west of China, bordering Gansu in the east, Mongolia in the northeast, Qinghai in the southeast, Tibet in the south, Russia in the north, Afghanistan in the west, British India in the southwest. The importance of Xinjiang’s location is indisputable. Back in the time when Xinjiang province established, it was at the intersection of the British and Russian imperialist forces, and the consequences of losing it would be unimaginable. 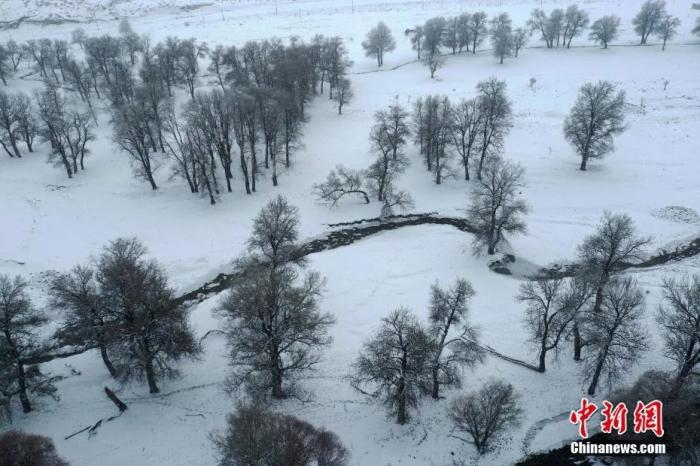 At that time, the domestic situation was also facing severe challenges. Xinjiang was a fortress in northwest China and regarded as the first guarantee of the capital at that time. However, after the uprising of the Huis in Shanxi-Gansu in the 1860s, the war in northwest China lasted for decades. The cities were scorched and the populationdecimated. The recovery of Xinjiang was extremely important for national unity, social stability and maintaining the rule of Qing Dynasty.

After suppression the rebellion of the Junggar, Emperor Qianlong implemented a more systematic governance policy in Xinjiang. In 1762, the General of Ili was established to implement an integrated military and government system, which effectively ensured the local social stability. Therefore, Xinjiang is not a so-called “new region” that has nothing to do with China. Despite the remoteness of Xinjiang, the culture and system of Central Plains have always taken roots there.

However, since the middle of the 19th century, Tsarist Russia and Britain have been covetous to the northwest of China, and their intentions of invasion are very clearly. In 1865, with the support of Tsarist Russia and Britain, Mohammad Yaqub Beg took the opportunity to invade Xinjiang. Tsarist Russia even brazenly took the opportunity to forcibly occupy Ili with the slogan of “recover it on behalf of Yaqub Beg”. The Qing Dynasty’s rule in Xinjiang was precarious then. Realizing that Xinjiang was critical to the stability of Northwest China and the security of the capital, Qing Dynasty agreed to send General Tso Tsung-tang to recover Xinjiang.

From 1876 to 1878, Tso eliminated the forces of Yaqub Beg and successfully recovered the vast territory in both northern and southern Xinjiang. In 1881, Zeng Jize signed the Treaty of Ili and Revised the Regulations for Overland Trade with Russia, successfully recovered Ili and other places, but still ceded a large area of territory located west of the Horgos River and north of the Ili River. Meanwhile, Liu Jintang, who participated in the recovery of Xinjiang, and Tan Zhonglin, who is the governor of Shanxi and Gansu also submit a jointletter suggested implementing a plan to build a province more in line with the practical needs. After Tso and others recovered Xinjiang, the first priority was to restore social order quickly. Based on this goal, the provincial system became the best choice for Xinjiang at that time.

In 1884, Qing Dynasty establishment a province in the Western Regions, renamed it “Xinjiang” with the meaning of “original land newly returned”. However, the proposal of establishing a province in Xinjiang was not an unprecedented idea after Tso and others put down the rebellion. Back in the early 1800s, Gong Zizhen, a famous poet and ideologist of the Qing Dynasty, proposed the establishment of provinces in the Western Regions. He proposed the implementation of the system of prefectures and counties in his Discussion on the Establishment of Province in the Western Regions in order to ensure the long-term peace and stability of Xinjiang. Later, another ideologist Wei Yuan proposed it again and expressed the opinion that it’s appropriate to set up counties in the northwest in his articles, such as Answers to Friends’ Questionson Northwest Frontier Issues etc.

Looking back in history, the system of prefectures and counties in Xinjiang was not peculiar in Qing Dynasty, but existed in the Northern, Sui and Tang Dynasties. It is not until recent times that this system has appeared again. Before Gong Zizhen and others, Emperor Qianlong emphasized that Xinjiang was “not different from the inland” many times. In the compilation of the General Records of the History of Unity of Qing Dynasty, it was required that “the East and West Lu(an administrative unit equivalent to a large district) of Ili, and the southern areas from Hami, Pizhan to Khotan were incorporated into one administrative region which is below the provincial level”. Dihua(toady’s Urumuqi) and Zhenxi (today’s Balikun) also implemented the system of prefectures and counties successfully at that time. Thus, the establishment of Xinjiang Province in the late Qing Dynasty is undoubtedly the continuation of the idea of governing Xinjiang during the reign of Qianlong. The proposition of Wei Yuan and others are not only the natural extension of the ruling policies of the Qing Dynasty, but also the continuation and development of the governance concepts of the border areas of successive dynasties. 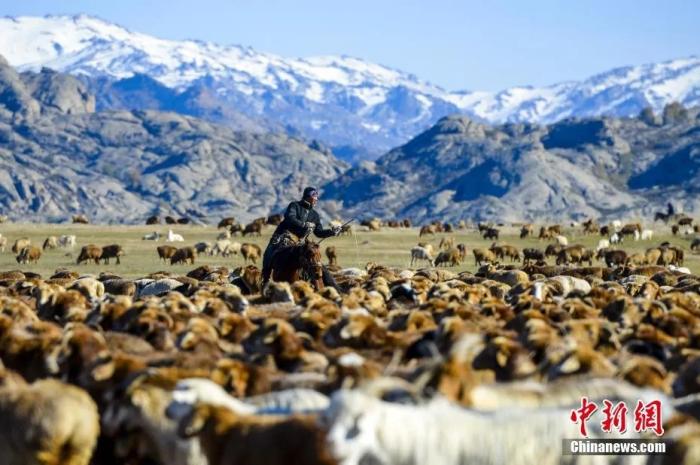 Before the provincial system, Xinjiang was governed by an integrated military and government system, which was adjusted according to the difference conditions in the north and south of Tianshan Moutains. This was the embodiment of the tradition of “ruling according to common customs” in this region since ancient times, aiming at strengthening the centralized rule. The successful establishment of the provincial system in Xinjiang in the late Qing Dynasty was due to the relatively systematic governance policy carried out by Central government before. In the late Qing Dynasty, in the premise of a thousand things wait to be done, the relatively mature and complete provincial system became the best choice to maintain the Central government’s rule in Xinjiang.

Therefore, Tso’s idea of recovering Xinjiang and advocating the establishment of a province reflects the change of foreign policy of a big country with a long history, rich cultural heritage, and political wisdom under the background of frontier crisis in modern times. The shift from a local and decentralized response model to an integrated foreign policy is a natural result of historical choices made in response to the change of the environment.

The establishment of Xinjiang province in 1884 fully indicates that in the long history of the evolution of China’s territory, there have been periods of separation and unification. Unification and division have alternated, but the unified development of the country has always been the mainstream. There have also been several times when local government of Xinjiang separated, but no matter how long and how serious the separations were, it will lead to unification eventually.