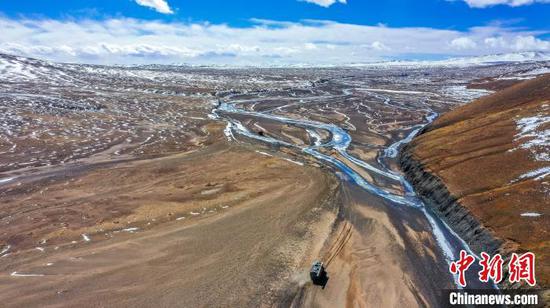 (ECNS) -- Chinese scientists have for the first time systematically measured the depth of the seven major lakes in Hoh Xil, Qinghai Province, the Institute of Tibetan Plateau Research under the Chinese Academy of Sciences (CAS) announced Monday.

It would provide a data base for the research of regional water resource utilization and sustainable development.

Research shows that the lakes in Hoh Xil are relatively shallow compared to those of similar size in Southern Tibet. The deepest part of Telashi Lake is 9.7 meters and the average depth of Xijir Ulan Lake is only 5.4 meters.

During 2020, the research team will continue to survey the Qinghai-Tibet Plateau, to obtain water depth data of another 100 lakes.

Qinghai-Tibet Plateau is one of the three major lake regions in China, with a total water area of nearly 50,000 square kilometers, accounting for over 50 percent of the total lake coverage in China.

The research team plans to analyze the relationship between water reserves and climate change in the future.

Composed of 28 members from five institutions, including the Institute of Tibetan Plateau Research under the CAS, Peking University, Nanjing University, their expedition lasted 32 days and covered 1,400 kilometers of the entire Hoh Xil Nature Reserve.