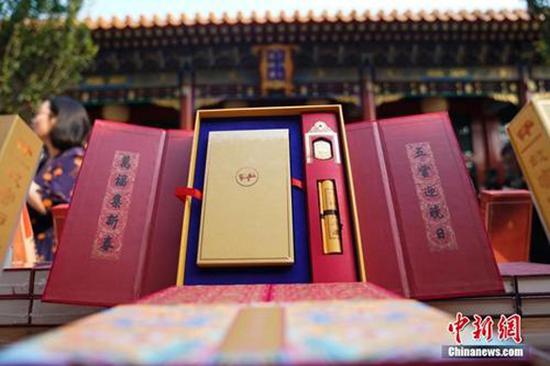 (ECNS) -- The Palace Museum netted a whopping 1.5 billion yuan ($220 million) in sales revenue during 2017 through marketing its historical relics and cultural collections, Shan Jixiang, curator of the museum, said at the Yabuli China Entrepreneurs Forum.

The magnificent architectural complex, also known as the Forbidden City, and its vast holdings of imperial paintings, calligraphy, ceramics and antiquities make it one of the most prestigious museums in China and the world.

The former imperial residence, a UNESCO World Heritage site since 1987, developed innovative products with usually lighthearted copywriting starting in 2013. The initiative became a sensation on the Internet because souvenirs had often appeared homogeneous and dull in the past.

Shan said cultural products need to be creative in order to be popular and respond well to people’s tastes.

The museum also boosted its presence on the popular social media app WeChat, publishing fresh stories about past emperors or introducing history in a language style particularly popular among younger readers.

Shan admitted the Beijing museum drew strength in cultural development from the National Palace Museum in Taipei, which houses part of its former collection.