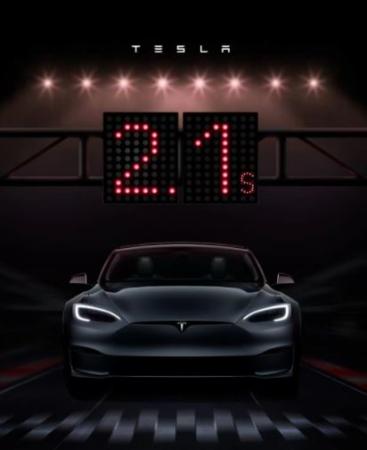 Electric-car giant Tesla will bring its Model S Plaid and S3XY to the 5th China International Import Expo, the company said on its Weibo account on Monday.

The Model S/X Plaid will make their debut in the Chinese mainland, and have new appearance and interior decoration, said caijing.com.cn.

According to Tesla, the Model S Plaid has an endurance mileage of 637 kilometers, and can accelerate from zero to 100 km/h in just 2.1 seconds and can reach a maximum speed of 322 km/h.

Currently, pre-orders for Model S/X Plaid are open on Tesla's official website in the Chinese mainland, but no delivery date has been specified yet.

Moreover, the company also plans to showcase its robotic products such as Optimus and Tesla Bot during this year's CIIE.