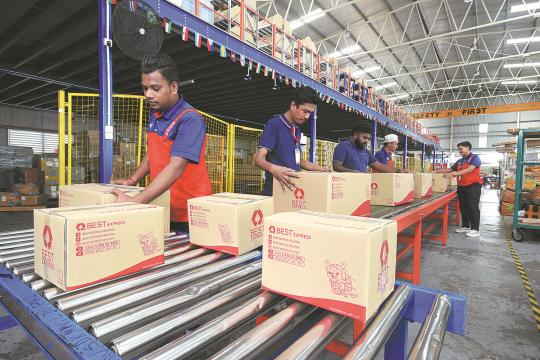 The Regional Comprehensive Economic Partnership agreement, which will take effect on Saturday, is expected to significantly boost the regional and global economies and offer lessons for international cooperation.

"The RCEP is a huge, potentially powerful agreement among rich and poor countries that complements each other's strengths," Peter Petri, a professor of international finance at Brandeis University in the United States, told China Daily.

"For example, it has favorable rules for parts and components trade, and these could help developing members benefit from partnering with more advanced countries, making the region a haven for some of the world's most efficient supply chains," he said.

"If its potential is realized, the RCEP would create larger markets and innovative, affordable products for the world economy," he added.

It will take effect in 10 member states－Brunei, Cambodia, Laos, Singapore, Thailand, Vietnam, China, Japan, New Zealand and Australia－on Jan 1, and for the other five members 60 days after official deposition of ratification, acceptance or approval. South Korea will see it take effect on Feb 1.

According to a recent study by Petri and Michael Plummer, a professor of international economics at Johns Hopkins University in the US, the RCEP is estimated to increase world trade by nearly $500 billion annually by 2030 and raise world incomes by $263 billion annually.

"There are several aspects of the agreement that will lead to significant economic effects, even if the RCEP is not as ambitious in scope as, say, the Comprehensive and Progressive Agreement for Trans-Pacific Partnership," Plummer told China Daily.

"For example, it will create harmonized, cumulative rules of origin for intra-RCEP trade, which should give a significant boost to regional supply chains, at a time when supply chains are facing headwinds," he said.

The agreement will lower tariffs on about 90 percent of traded commodities and reduce some non-tariff barriers to trade in goods and services, according to Plummer. "Importantly, it will create a free-trade area among the Northeast Asian economies of China, Japan and South Korea, giving a particularly strong boost to trade and production in the area of advanced manufacturers," he added.

The study by the two economists, published by the East Asian Economic Review, estimates that the RCEP should increase regional incomes by $245 billion on a permanent basis and create 2.8 million jobs in the region, which Plummer described as "a significant boost".

"In addition to its salutary effects on global incomes and trade, the RCEP offers an important boost to opening international markets, with very little negative effects on outside economies in the form of trade diversion," said Plummer.

Moreover, the RCEP shows how developed and developing countries can work together to include the interests of countries at all levels of economic development, he said.

"This could hold some important lessons for the WTO, which reached an impasse at the Doha Development Agenda to a large extent because it was unable to accommodate the interests of developed and developing economies sufficiently," said Plummer.

Petri also noted that the RCEP's success will depend on how well countries with different systems will work together to make the agreement successful.

"If benefits are widely shared and relations are positive, members will implement the agreement fully and may even expand its scope," he said. "The RCEP could become a model for cooperation in an unusually diverse economic region."