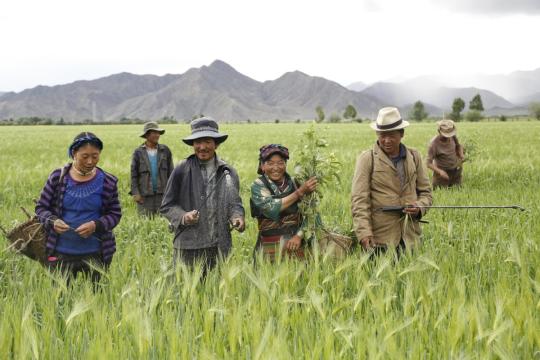 The Tibet autonomous region has made historic achievements in rural development over the past seven decades, and rural residents of all ethnic groups in the region have witnesses significant improvements in their livelihoods, the region's Department of Agriculture and Rural Affairs said on Monday.

Thanks to major support from the central and regional governments, Tibet's agriculture and rural development has undergone massive change, and the development of agriculture and animal husbandry have made quantitative leaps, said Lin Mu, deputy head of the department, at a news conference.

Tibet was liberated from theocratic feudal serfdom in 1951. Since then, the comprehensive productive capacity of agriculture and animal husbandry of the region has improved steadily.

The region has been developing industries around animal husbandry, including yak, milk, Tibetan pig and Tibetan sheep.

The region's yak population hit more than 5 million at the end of 2020, and the output of yak meat reached 227,800 metric tons.