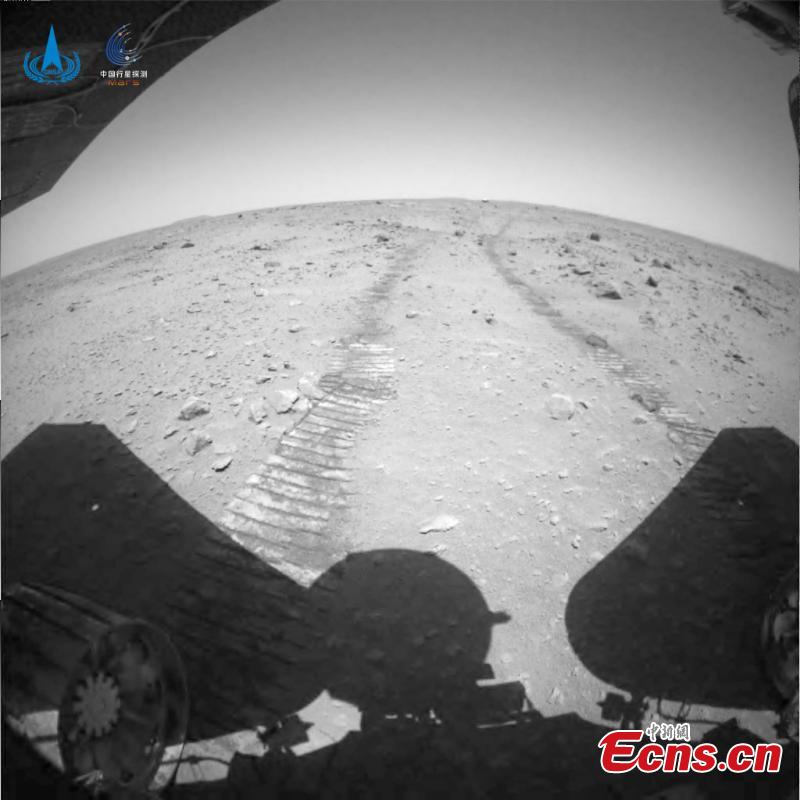 The CNSA on Sunday released new videos and images of the country's Mars probe Tianwen-1 landing on and exploring the red planet. The videos show the landing rover deploying its parachute and descending to the Martian surface, and its Mars rover Zhurong driving away from its landing platform and moving over the land. The images include the Martian landscape and the ruts left behind by the rover.

As of the morning of June 27, the Mars rover Zhurong has been working on Mars for 42 Martian days and has driven a total of 236 meters.