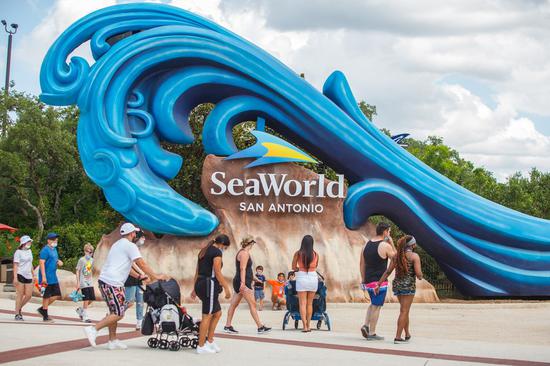 U.S. state of Texas added nearly 4,300 new COVID-19 cases on Monday, and officials of Houston, the state's largest city and the epicenter of the pandemic, put three businesses on the "Wall of Shame".

According to Texas Health and Human Services, as of Monday there are 153,011 confirmed COVID-19 cases in the state, 4,283 more cases than that of Sunday. The death toll reached 2,403.

As the pandemic continues to spread in the state, Houston has reported over 20,000 confirmed cases as of Monday.

Houston Mayor Sylvester Turner announced that three businesses had been put on the "Wall of Shame" as they refused to close according to the governor's order.

Turner made the announcement during the Monday afternoon news conference. Last Friday, Texas Governor Greg Abbott ordered bars to shut down due to their link with recent rise in the state's positive COVID-19 cases.

"I want to thank those bars who adhered to Governor Abbott's order to shut down," said Turner. "Unfortunately, not all businesses complied. I don't want to put any businesses on the wall of shame but I will be placing three of them up on there."

Local media reported that the city's positivity rate jumped from 3 percent to 11 percent last week, with the hospitalization rates and ICU numbers both increased.

During the news conference, Houston Police Department also announced there are 190 officers in quarantine at this time after 140 tested positive for the coronavirus.

Meanwhile, Houston Independent School District (HISD), the largest school district in Texas, is closing all its schools as the number of COVID-19 cases continue to spike.

HISD released a statement on Monday, announcing it is restricting access to all district schools and facilities, starting July 3 until Sunday, July 19. All student athletics workouts and practices are also canceled.

"These new measures are imperative for the health and safety of our students and staff," HISD Interim Superintendent Grenita Lathan said. "Every decision we make has them in mind. I urge you all to please be safe in the coming weeks - stay home when you can, wash your hands, and wear a mask if you must go out."

The district continues to operate virtually and will continue to provide educational and related services, according to the release.

HISD students will be allowed to keep its district-issued laptops until the fall rather than bringing them back to campus, which the district says eliminates the need to bring additional staff and families on site.

Employees reporting to a location as a part of their jobs will continue to practice social distancing and wear appropriate personal protective equipment.

The district said most HISD employees have been working from home since the district announced its building closures in March, but some staff have been allowed to re-enter and complete necessary duties.