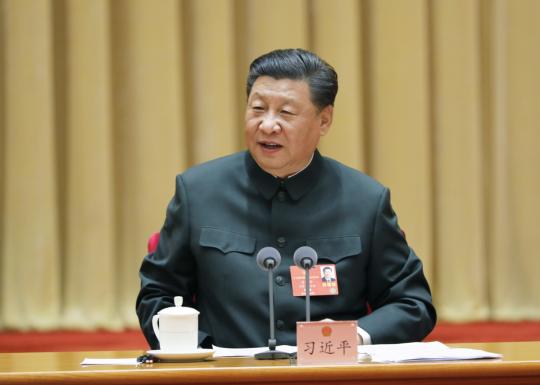 A key Party meeting on Monday stressed the need to improve the quality of intraparty elections and come up with higher criteria for candidates to ensure that highly qualified delegates are elected.

The meeting of the Political Bureau of the Communist Party of China Central Committee reviewed two sets of regulations on Party building in the military and elections in primary-level Party organizations.

The creation and implementation of the regulation on primary-level Party elections is to ensure that the Party exercises effective self-supervision and practices strict self-governance in every respect, according to a statement released after the meeting.

It is also a concrete measure to promote intraparty democracy, respect the democratic rights of Party members and standardize elections at primary-level organizations, the statement said.

The meeting emphasized the need to stringently follow Party election regulations and improve the quality of elections, saying that the rights of Party members as stipulated in the Party Constitution must be protected.

The meeting called for steps to educate and offer warning messages to Party members and to adopt precautionary measures in strengthening the enforcement of political, organizational and electoral discipline to ensure that elections are conducted in a healthy atmosphere.

The regulation will help bolster the political functions and organizing capacity of primary-level Party organizations and enable the organizations to play a key role in communicating the Party's propositions, carrying out the Party's decisions, overseeing community-level social governance, uniting and mobilizing the people and promoting reform and development, the statement said.

It is also of major importance in consolidating the organizational foundation for the Party's long-term governance, it said.

The regulation on Party building in the People's Liberation Army will help ensure that the armed forces will forever preserve their nature, purpose and character as the military of the people and will develop the PLA into a world-class military, the statement said.

It is important to uphold the Party's absolute leadership over the PLA, strictly implement the system of ultimate responsibility resting with the chair of the Central Military Commission and continuously move forward with political training.

The meeting underscored that combat capacity is the sole and fundamental standard that must be applied throughout the course of Party building within the PLA so that the Party's political and organizational edge can be transformed into battle superiority.

The requirements to exercise strict governance over the Party must be carried out to improve Party conduct and enforce Party discipline, the statement said, adding that the practice of formalities for formalities' sake and bureaucratism will be resolutely targeted.